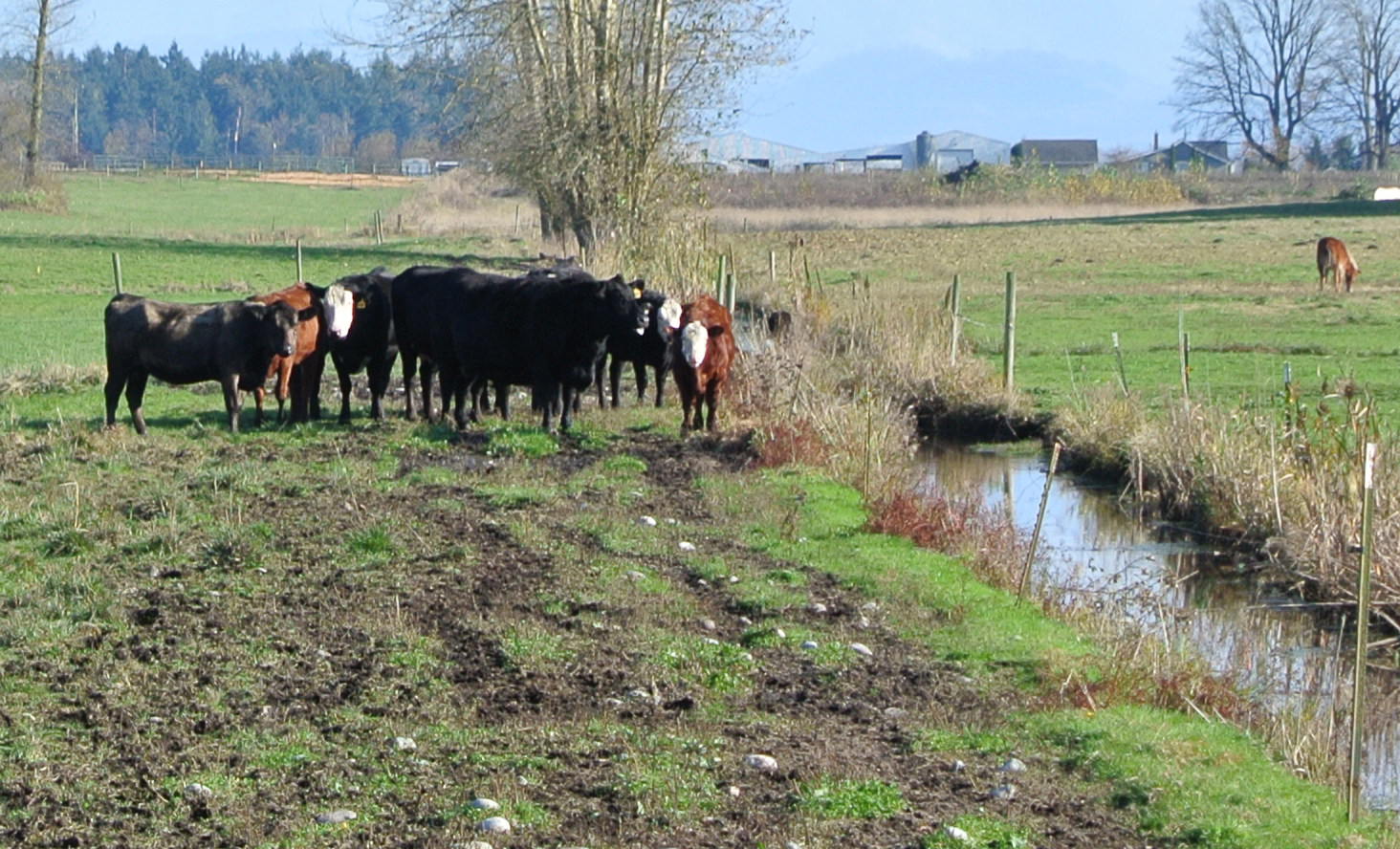 We know that salmon need streamside trees in order to have cool, clean water to survive. So how come Washington farms aren’t required by state law to leave any sort of riparian buffer along salmon bearing streams?

The story began in the 1990s when local governments wrote planning documents required by the then new Growth Management Act (GMA). The Legislature passed the GMA not only to guide population growth, but also to make sure natural resources were protected as communities grew.

But some local governments decided that they would not protect salmon by requiring buffers on agricultural land.

This disconnect between what we know and what state laws require leaves salmon and tribal treaty rights at risk.

While there is a voluntary program to implement buffers on agricultural land, there is no state requirement that salmon habitat be restored

A state Department of Ecology handout explains the implications of the case:

Mandatory buffers are not required on existing agricultural lands. The Court found that best available science (BAS) does not create a GMA requirement for mandating buffers on existing farmed areas. The Tribe and WEC unsuccessfully argued that mandatory buffers must be established along streams and rivers to protect anadromous fish, because buffers are supported by the best available science (BAS):

“If the omission of mandatory buffers from the county’s critical areas ordinance is a departure from BAS, it is a justified departure of the kind that is tolerated by the GMA. As we have noted above, the GMA’s requirement to protect does not impose a corresponding requirement to enhance. That holding guides us here. A requirement to develop buffers would impose an obligation on farmers to replant areas that were lawfully cleared in the past, which is the equivalent of enhancement. Without a duty to enhance being imposed by the GMA, however, we cannot require farmers within Skagit County to replant what was long ago plucked up.”

Hoh Tribe Taking Stock Of Coho And Their Habitat