PORT ANGELES (April 26, 2006) – Where do young Elwha River chinook spend their time immediately after leaving the river? That’s the question the Lower Elwha Klallam Tribe, in cooperation with the University of Idaho, wants to answer by implanting 100 young chinook with acoustic transmitters to track their movements when they enter marine waters.

It’s part of the tribe’s ongoing efforts to record salmon behavior and habitat use before and after the removal of two fish-blocking dams beginning in 2009. For nearly 100 years, the dams have kept fish from using all but five of the river’s 45 miles, sending the numbers of the legendary run of chinook to numbers so low, a state-run hatchery helps support the run.

When the University of Idaho approached the tribe about implanting chinook with acoustic transmitters, the tribe saw the opportunity to gain information about chinook early life history that fit into an unfunded monitoring plan. “Unfortunately, the dam removal project has no money for crucial monitoring that’s going to cost several million dollars a year,” said Mike McHenry, fisheries habitat manager for the Lower Elwha Klallam Tribe. To cope with unfunded monitoring, the tribe hopes to integrate more of the nearly 60 Elwha River-related research projects and outside funding for them into their long-term monitoring plan.

The chinook acoustic tracking work is being funded by a two-year $80,000 federal grant from the National Oceanic and Atmospheric Administration. The transmitters last about 60 days. The transmitters emit a sound wave that travels well through salt water. Most of the fish are about as long as the width of a sheet of paper. “There are larger transmitters that last longer, but you want to strike a good balance between the size of the transmitter as compared to the fish,” said Charles Boggs, fisheries biologist for the University of Idaho.

Lower Elwha Tribe fisheries technicians capture the chinook for implanting as part of their annual counts of young chinook. The fish are retained in traps for a short time, counted, measured and released.

Chinook are sedated while a small incision is made in the belly to insert the transmitter. The fish are released after a 24-hour recovery. Each transmitter has a unique acoustic sound wave that is tracked by boat. Small receivers are posted east and west from the mouth of the Elwha River to allow tracking of the fish by boat. “We only have about a third of the transmitters out, but so far, every one of the fish has taken a hard right once they exit the river,” said Raymond Moses, fisheries biologist for the Lower Elwha Tribe.

“We’ve been doing this kind of work for the last 15 years, but its really gearing up in western Washington now and there is a lot of interest in the benefits of sharing information,” said Boggs. Researchers can aid each other by noting when they encounter tags other than their own.

“This will answer a lot of questions right up front about young Elwha River chinook,” said Boggs. “We don’t know anything about their early habitat usage once they leave the river.”

Additional acoustic transmitter projects are planned for adult Elwha River coho and chinook later this year. “By tracking fish before and after a restoration, you can get an accurate read on whether your restoration efforts are working,” said Boggs. “A restored area can look aesthetically pleasing, but are fish using it? That’s what this kind of technology can tell you.” 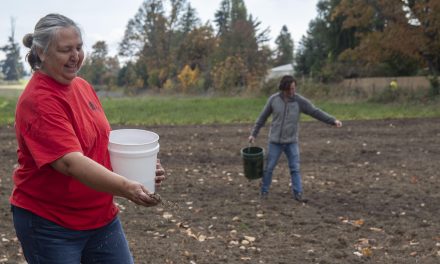 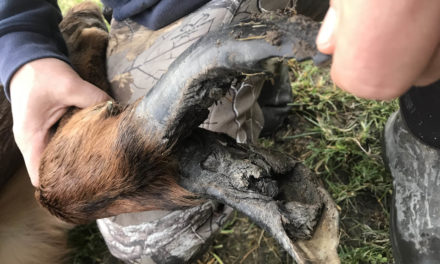