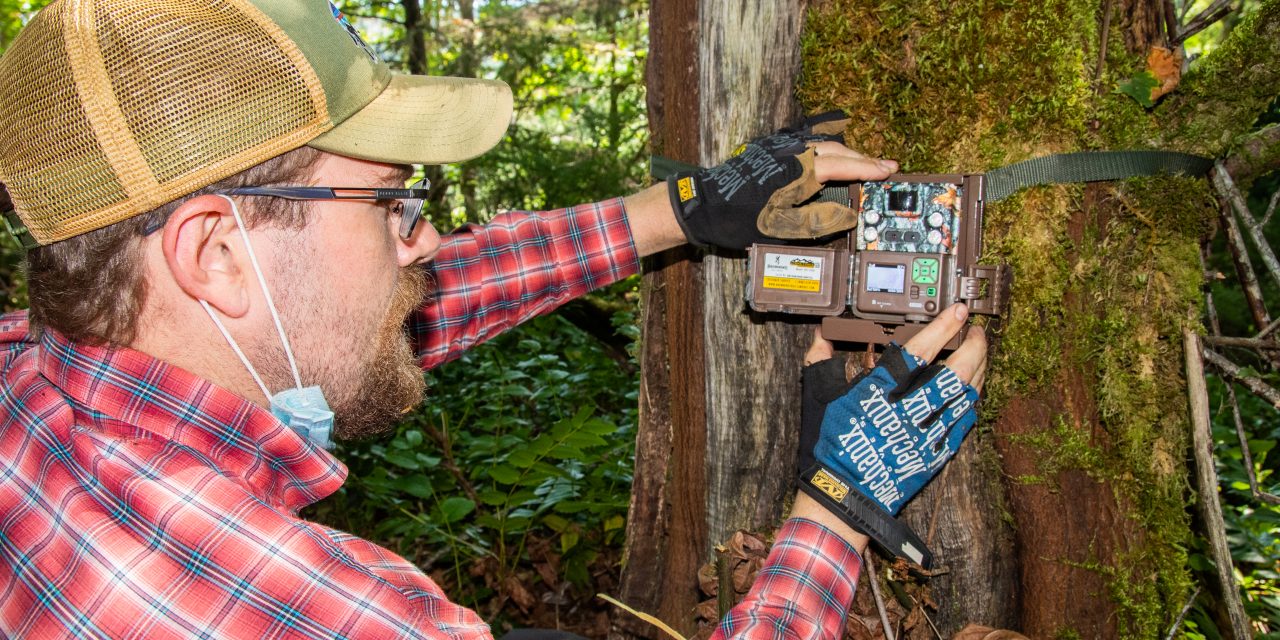 Standing 30 feet from a tree equipped with a motion-sensor camera in the Olympic National Forest, Dylan Bergman makes abrupt movements, bobbing back and forth and squatting, to trigger the camera.

“I’m getting my workout for the day,” joked the Point No Point Treaty Council wildlife biologist, as he makes a note on his clipboard about how far the camera can “see” him.

This is one of 80 cameras that Bergman and Charin Roberts, Port Gamble S’Klallam Tribe wildlife biologist, have been setting out on the northeastern corner of the Olympic Peninsula this summer to photograph bears, bobcats, coyotes, cougars, deer and elk.

The goal is to develop population estimates for the Jamestown S’Klallam and Port Gamble S’Klallam tribes’ wildlife management programs. A secondary goal is to collect data as part of a partnership with the other peninsula tribes and Panthera, a global wild cat conservation group, to get a better idea of animal populations in the region.

Bergman assigns a camera to a location by overlaying a grid of evenly spaced GPS locations on a map of the peninsula. The photos taken are in a wide array of habitats, accounting for the variable abundance of wildlife within each habitat.

“We expect some sites to yield lots of pictures of animals, and others to produce almost none at all,” he said. “The number of animals we photograph at each site will be representative of how many animals live in that area and habitat.”

The cameras are motion-triggered, and a handful of them take time-lapse photos every six hours. The cameras will be in the field for four months before Bergman gathers them again.

As a result, millions of photos will be taken. To help review them, Bergman is working with Panthera to train a software program to identify animals in the photos.

“The camera grid system is a relatively new method for capturing animal behavior and population estimates, so we’re in the early adoption phase,” Bergman said. “It’s less expensive, less dangerous and should prove to be more accurate than putting biologists in helicopters or planes to do surveys.”

The effort also is to help refine camera grid protocols so the system can be used by other tribes, agencies and organizations to collect data with the same method, allowing for a comprehensive profile of the wildlife populations in the region.

Point No Point Treaty Council biologist Dylan Bergman sets up one of 80 wildlife game cameras on the Olympic Peninsula. Bergman has been putting out motion sensor and time-lapse cameras this summer to gather data about population estimates for bear, bobcat, cougar, coyote, deer and elk. Tiffany Royal 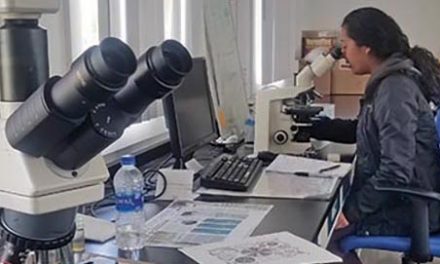 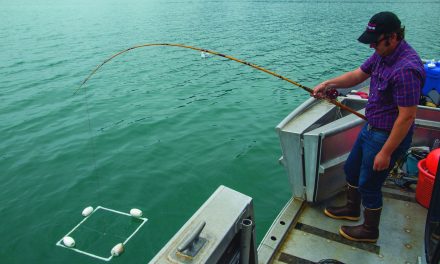 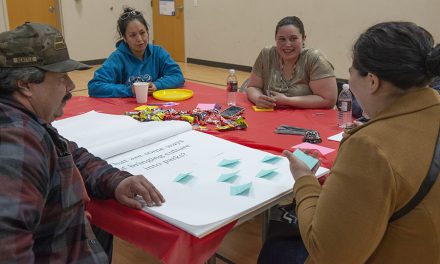 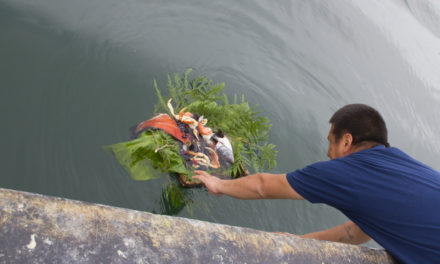