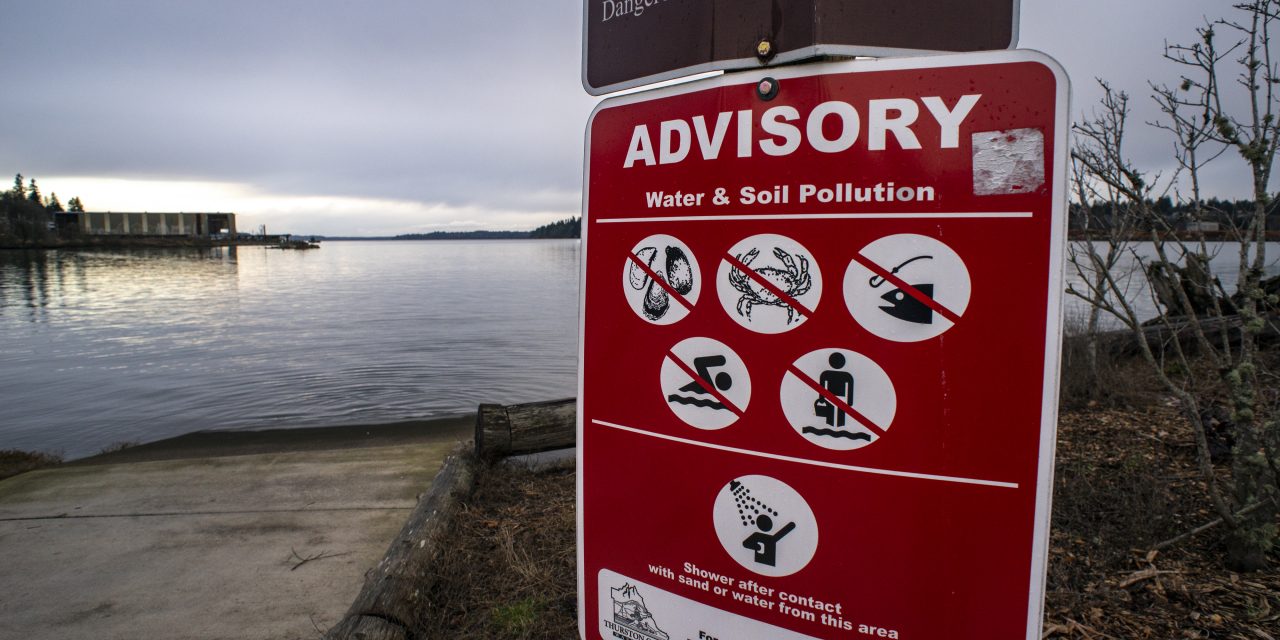 It would be easy to blame the Puget Sound Partnership’s failure to clean up Puget Sound on a lack of leadership, funding and meaningful authority to control pollution, but the truth is that we are all to blame.

Recovery wouldn’t be easy, and it’s going to take time, she said. “We all need to change the way we go about our business. We need to break some china.”

But PSP’s bleak State of the Sound report reads just like every state agency recovery report since 1985. Nearly every indicator used to assess Puget Sound’s health shows little progress being made. We face the same challenges, but now they’re amplified by explosive growth and climate change.

Recovering Puget Sound chinook is one of the Partnership’s main responsibilities, but chinook populations remain far below recovery goals despite having been listed as threatened since 1999 under the Endangered Species Act.

Endangered southern resident orca populations in Puget Sound are at a 40-year low and continue to decline.

Meanwhile, nearly 40,000 acres of shellfish beds remain closed because of pollution.
Lack of funding, existing land use and expectation of use are cited as the main reasons for the poor progress in cleaning up and protecting Puget Sound, but the real reason is a lack of political will. That’s because we get the government we demand. Until we demand better, Puget Sound will not get better.

In 2017 treaty tribes in western Washington offered a number of bold actions needed to recover the health of Puget Sound. Among them three are key:

Instead of these bold actions, regulations intended to protect the environment are being rolled back across the country at the request of industry with the help of the Environmental Protection Agency. We’ve seen it here in Washington with big oil, and the pulp and paper companies convincing the agency to lower our water quality standards – the most protective of human health in the nation – because industry says they are too costly to implement. While the rollback process isn’t complete, we are not optimistic about the likely outcome with the current leadership.

We’re also seeing tugboat companies, cruise lines, other marine industries and EPA fighting to kill a no-discharge zone for human waste from boats. The Puget Sound no-discharge zone was a first for Washington, although there are 90 in 26 other states.

We have more than 150,000 recreational boats and more than 3,500 commercial vessels in 2,300 square miles of Puget Sound and lakes Washington and Union. Most already have holding tanks for sewage.

If we can’t even agree not to directly discharge our waste into Puget Sound, we have a problem.

The marine industry coalition, with the support of EPA, tried to block implementation of the no-discharge zone through a federal lawsuit challenging the agency’s assessment that there are enough pump-out facilities in the region. Fortunately, a federal court last month denied an EPA request to reconsider its assessment, so the lawsuit will proceed without the agency’s involvement.

We’re not out of the woods on the no-discharge zone, but even a small victory in protecting the health of Puget Sound is important. All of us are the answer to what’s ailing Puget Sound and one thing is clear: We must help ourselves because no one else will. Former Gov. Gregoire is right that we all need to change the way we go about our business if we are truly serious about recovering Puget Sound. And to do that, we are definitely going to have to break some china.