Chris Dunagan, the environmental reporter for the Kitsap Sun, is expanding his recent reporting on the Puget Sound Partnership. He’s drilling down on each interview he conducted, letting people get a closer look at each person’s perspective.

“It is fair to say,” Dave told me, “that the tribal representatives would like to see things moving faster than they are.”

Tribes have been disappointed with previous efforts to protect and restore Puget Sound, he said, but tribal officials see the partnership as a means to work on habitat improvements.

Working together, he said, state and tribal salmon managers have dramatically reduced harvests, he said. The science has come a long way over the past 30 years, and management now focuses on saving wild fish. Annual reports spell out progress toward improving harvest methods and removing chinook from the Endangered Species List.

Similarly, hatchery operations have been revamped to avoid harmful interactions between hatchery and wild fish, he said. Guidance comes through a multi-agency Hatchery Scientific Review Group.

“Through the partnership, the tribes are trying to work with local governments and everybody else to align land-use-planning practices and regulations with other efforts to recover salmon,” Dave said. 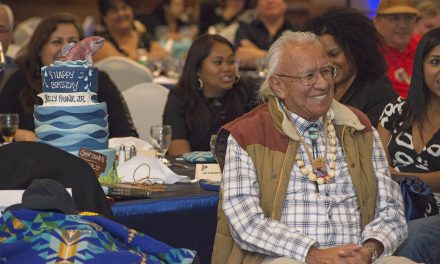