Tribal fisherman Johnnie Grossglass prepares to release one of the ceremonial salmon.

There is a new video posted at http://nwifc.blip.tv/ of the Swinomish Tribe’s 2010 Blessing of the Fleet ceremony and luncheon that took place May 13. Guests were treated to a salmon and shellfish meal, before following the Edwards family from the tribal gym to the waterfront. The tribe’s fleet of fishermen received blessings from the Shaker, Pentecostal and Catholic churches. Fishermen were then sent in each of the four cardinal directions to return several salmon back to the water.

Steelhead Being Counted On The Nisqually 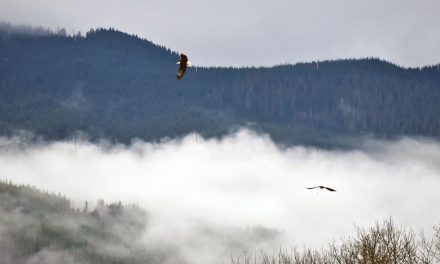