Bonneville Power Administration has a video describing its partnership with the Upper Skagit Tribe to improve elk habitat on a right-of-way near the tribe’s reservation.

NWIFC News reported about the project in our spring magazine:

The Upper Skagit Tribe has partnered with Bonneville Power Administration and timber company Sierra Pacific to enhance elk habitat on 20 acres near the tribe’s reservation in Sedro-Woolley.

In October, the tribe hydroseeded the area with grass and clover. Continued work includes planting native shrubs and hand-seeding places where the hydroseed doesn’t take.

The $10,000 project is part of tribal and state efforts to recover the Nooksack elk herd, which had declined in population from more than 1,700 to about 300 by 2003. The herd has rebounded to about 700 animals.

“By providing nutritious forage opportunities, we hope to allow the Nooksack herd to grow without causing a problem for nearby landowners,” said Scott Schuyler, the tribe’s natural resources director.

Area landowners have complained that elk that move into the Skagit Valley bottom lands during the winter trample fields, knock down fences, damage crops and create traffic hazards on area roads and highways.

“These elk have to go somewhere to feed,” Schuyler said. “We hope this enhanced habitat will keep them in the forest lands and away from the populated areas.” 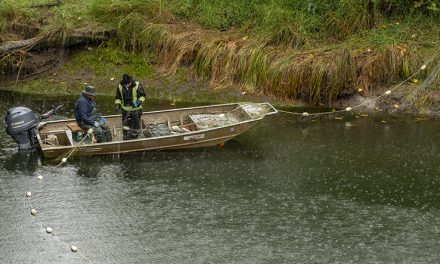