The Vibrio bacteria has been troubling oysters that were harvested by several Hood Canal tribes this summer.

While there are several types of Vibrio, the strain parahaemolyticus has been causing most of the problems with Pacific oysters in Hood Canal. Tribes affected by the bacterial infestation include Jamestown S’Klallam, Port Gamble S’Klallam and Skokomish.

Vibrio causes food poisoning-like symptoms in humans. It’s a naturally occurring bacteria that can grow quickly to dangerous levels during summer months when water temperatures reach 59 degrees or higher. Vibrio is destroyed when heated to 150 degrees during cooking.

“Most reports of Vibrio-related illnesses have been traced back to oysters harvested from Hood Canal because the oyster production is greatest in Hood Canal but there’s a potential for it anywhere there are oysters,” said Tamara Gage, Port Gamble’s shellfish management biologist.

For the past decade, the tribes have been working with the Washington Department of Health (DOH) to develop more stringent regulations to protect shellfish consumers. Steps include reducing the amount of time between harvest and sale of the harvested oysters. Regulations typically allow a 24-hour window for harvesters to deliver oysters. But during the summer, when Vibrio levels can be higher, harvesters are required to deliver their catches to buyers within five hours or less.

“We have fine-tuned our management approach to ensure that fishermen are following the more complex set of regulations this year,” said Randy Hatch, senior shellfish manager for Point No Point Treaty Council, a consortium of fisheries and wildlife biologists that support the Port Gamble and Jamestown S’Klallam tribes. “This year’s isolated illnesses haven’t been as numerous as those that occurred in 2006 and 2007, but we’ve also put more stringent conditions on harvesting, so that has helped a lot.”

As temperatures drop, the tribes will meet with DOH this fall to determine if the regulations this year were effective. Despite the stricter regulations, the number of harvesters did not decrease this year.

“Initially, harvesters felt the pressure of a smaller time window to get their catches to the buyer,” said Leif Rasmuson, Skokomish Tribe’s shellfish management biologist. “But buyers have also responded faster to make it easier for the harvesters.” 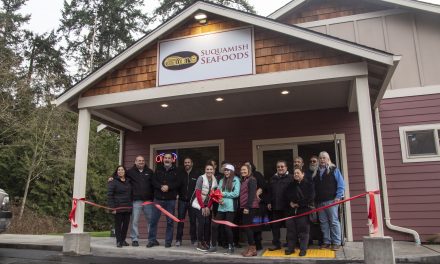