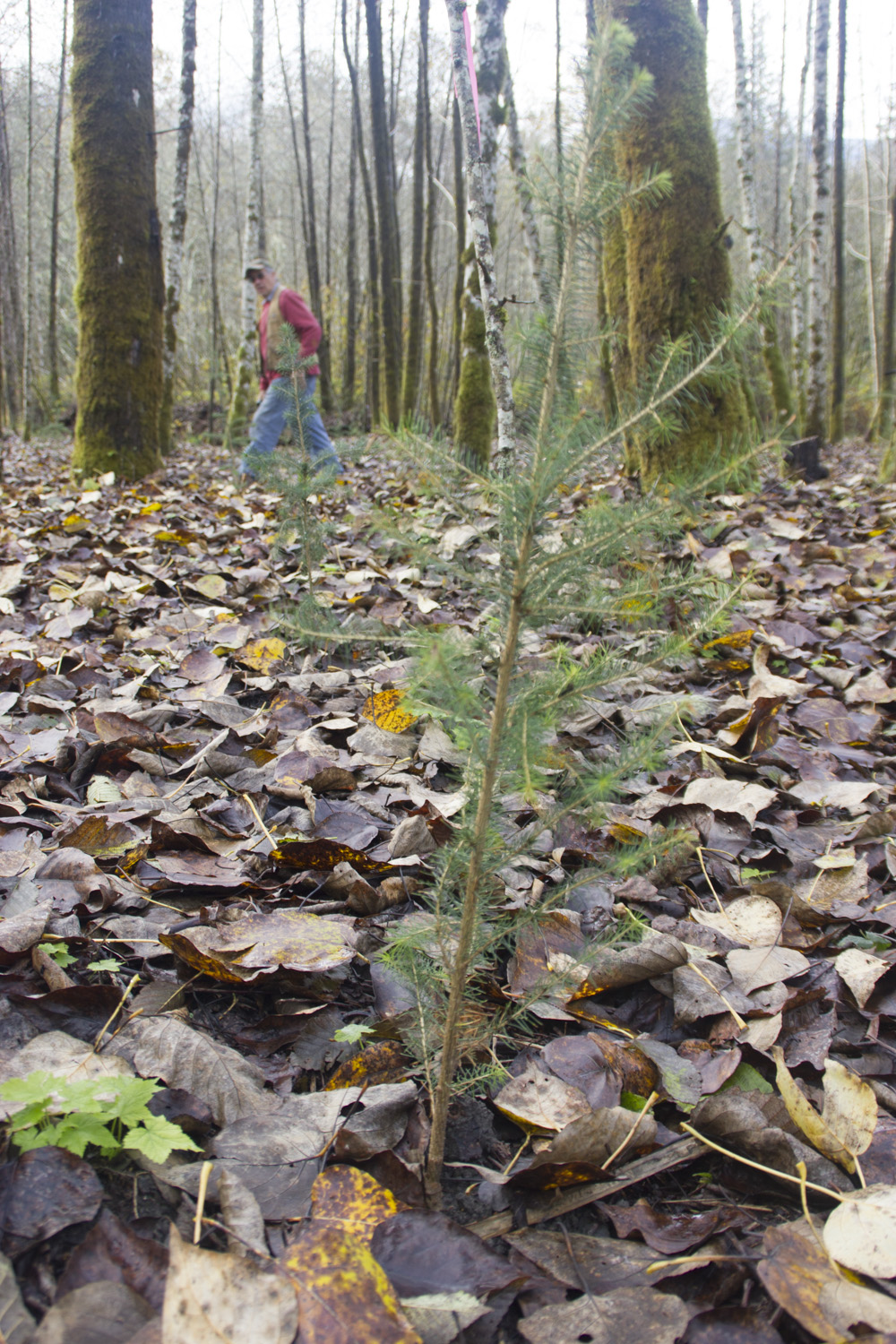 The tribe’s timberland services department, led by manager Robert Schuyler, found the 3-acre parcel in Finney Creek’s channel migration zone. The timber company’s land was overgrown with shrubs like salmonberry and thimbleberry that had become too thick to allow conifers to grow.

Doug Couvelier, Upper Skagit timber, fish and wildlife biologist, checks on the newly planted spruce trees to make sure they didn’t get washed out by heavy November rains.

PSE funded the work as part of mitigation requirements of the 2008 relicensing agreement with the Federal Energy Regulatory Commission for the utility’s Baker River Hydroelectric Project.

Creeks like Finney, a tributary to the Skagit River, need tall conifers to provide shade to keep stream temperatures low for salmon. Eventually, the trees fall, stabilizing the channel and creating deep pools where salmon can rest and shelter from predators.

“The understory was so thick, there was no conifer regeneration,” said Doug Couvelier, the tribe’s timber, fish and wildlife biologist. “It would be 100 years before conifers re-established.”

The PSE grant also includes maintenance funding for the timberland services crew to return during the next four years to trim back the regrowth of the understory.