The Upper Skagit Tribe is building an 8-foot-tall, 4,000-foot-long elk exclusion fence as part of a cooperative elk management project near Mosquito Lake in Whatcom County.

The Washington State Department of Fish and Wildlife (WDFW) provided the materials and arranged to have the fence built at the request of the landowners because resident elk were competing with their cattle for available pasture forage and causing some property damage.

While WDFW has an obligation to preserve, protect and perpetuate wildlife, the agency also has to ensure that animals do not threaten human safety or cause unreasonable damage to crops, livestock or property.

Meanwhile, tribal and state co-managers have worked for years to recover the dwindling Nooksack elk population in the North Cascades Mountains.

“We don’t always agree about how best to manage the elk damage issue, but we all want to address the needs of our neighbors while continuing cooperative efforts to recover the North Cascades elk herd,” said Upper Skagit natural resources director Scott Schuyler. “This is a very short-term fix to a bigger problem, because it doesn’t address the immediate need to increase quality elk forage for the growing herd.”

More than 20 years ago, the Nooksack elk population was about 1,700 elk. By 2003, the herd had declined to about 300 elk, largely because of degraded and disconnected habitat, as well as overharvest by non-Indian hunters. Tribal and state wildlife managers agreed to stop hunting the herd in the 1990s, conducted numerous restoration projects and relocated about 100 cow elk from the Mount St. Helens region.

In 2007, the co-managers determined that the Nooksack herd was stable enough to support a small hunt of 30 elk. Limited hunts have taken place each year since then. This year, permits were issued to harvest 50 bull elk

“Unfortunately, a substantial portion of this population expansion is occurring in areas with historic or existing agricultural conflict,” said WDFW wildlife biologist Chris Danilson. “The Upper Skagit Indian tribe continues to provide leadership by seeing the bigger picture and working collaboratively to address these issues and gain the trust and support of the agricultural community.” 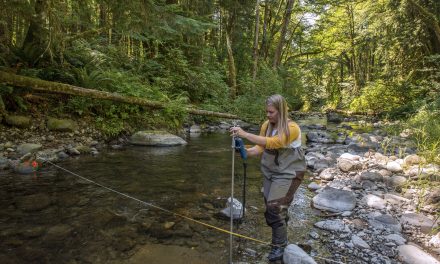 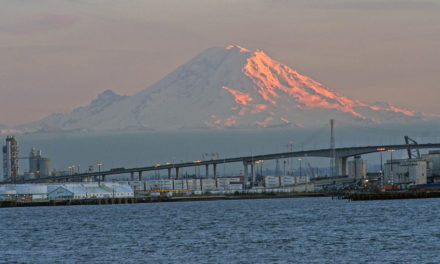