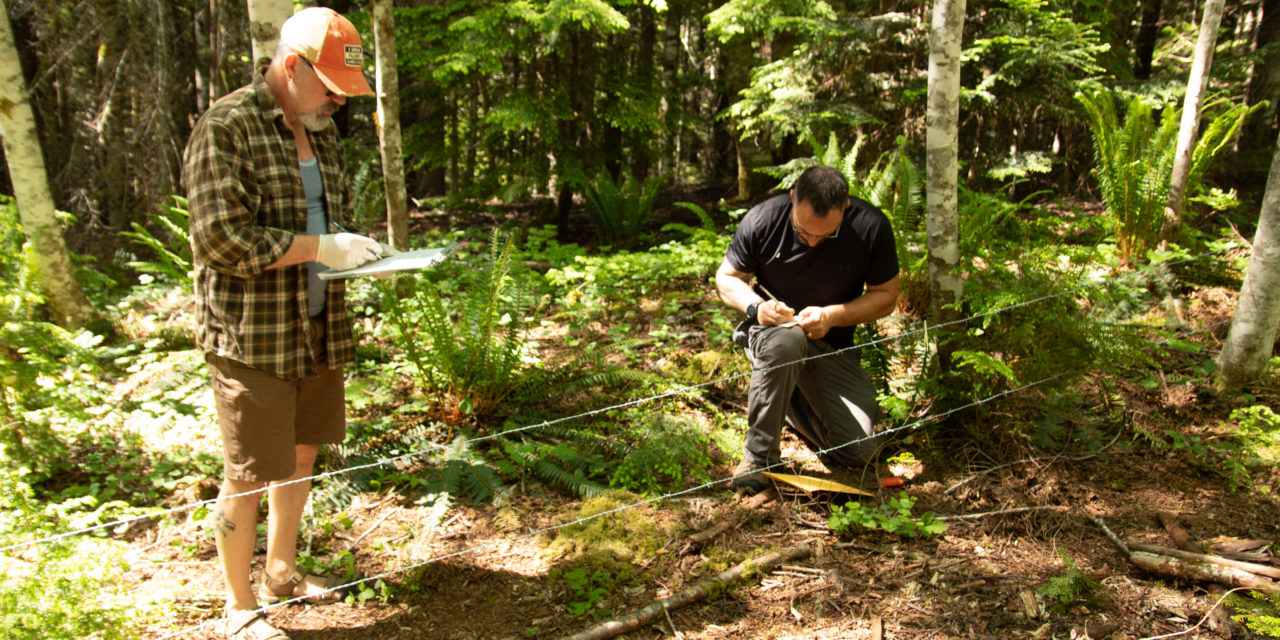 Tribal wildlife staff, partnering with the state to estimate black bear density in the North Cascade Mountains were warned: “The lure stinks.”

The lure’s key ingredient is aged cattle blood, which leaves a wide aromatic footprint. The Sauk-Suiattle Indian Tribe stored it in barrels at the edge of a field, as far away as possible from the tribe’s natural resources department.

From May through July, staff from the Sauk-Suiattle and Stillaguamish tribes poured the fermented blood, along with fish oil and fruit-scented lures on piles of logs and sticks surrounded by barbed wire corrals. Attracted to the smell, bears crawled under and through the wires, snagging their hair in the barbs and leaving behind DNA samples that could be used to learn more about the population. 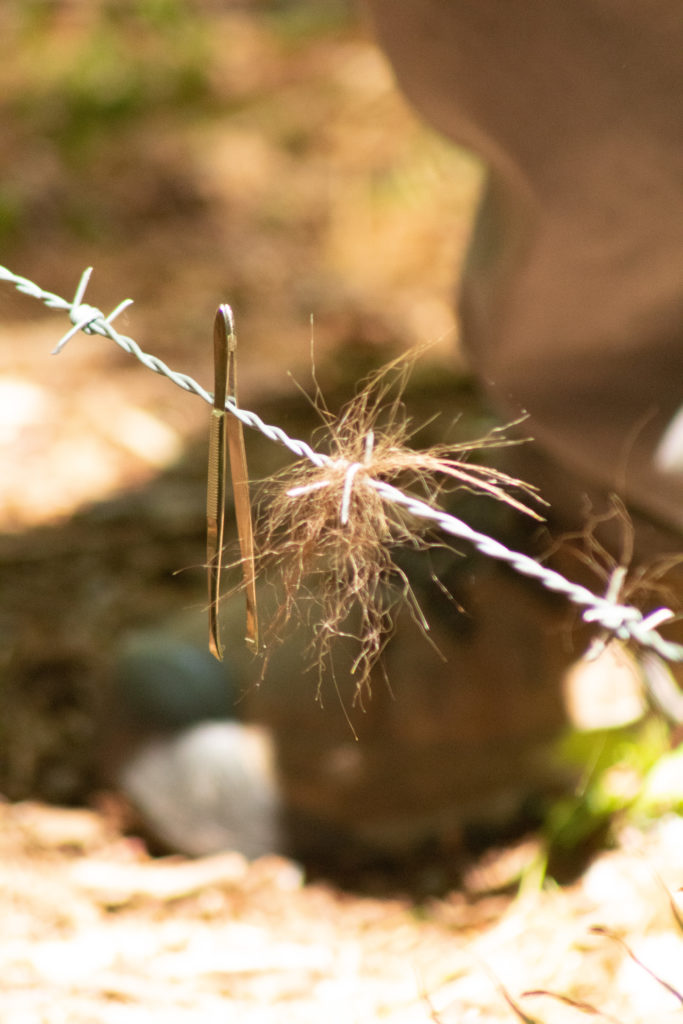 Importantly, the scent was to lure the bears inside the corral, not set bait for them to eat.

“We don’t reward them for going in,” said Gary Tatro, Stillaguamish wildlife policy representative. “We don’t want to disrupt their normal behavior.”

The two tribes partnered to collect bear hair from 36 sites in the upper North Fork Stillaguamish sub-basin on state, federal, tribal and private lands, with permission.

Individual samples will be collected, packaged and sent to a lab in Canada for genetic testing. Known as a mark-recapture study, the DNA analysis will determine when repeat samples are collected from the same bear. The results are expected next year.

Previous bear population estimates were based on research originating in the 1970s, calculated based on habitat quality, precipitation and vegetation. That formula was not supported by the data from a four-year study that led to a Washington Department of Fish and Wildlife (WDFW) monitoring protocol in 2019. This research determined that the average density estimates in the North Cascades were almost 50 percent lower than what was expected.

The tribes offered to assist WDFW in this year’s study to more accurately estimate population density. Eventually, the data will determine harvest levels and other management actions.

“The Stillaguamish Tribe is interested in learning more about black bear populations within the Stillaguamish watershed, so we will be collecting hair in both the North Fork and South Fork sub-basins,” said Stillaguamish wildlife biologist Jennifer Sevigny.

Ideally, tribal wildlife managers would like to continue the work, by setting snares in different areas each year.

“Through our partnership with the Stillaguamish Tribe, we were able to acquire the necessary supplies to set up the hair snare sites near the Sauk watershed and the Sauk-Suiattle tribal lands,” said Emily Wirtz, Sauk-Suiattle wildlife biologist.

“It’s really interesting to see how the bears behave,” Tatro said. “Some will demolish the site and tear down the signs. Some don’t move the logs at all.”

While collecting samples from three of the sites with wildlife technician Jeff Tatro, Gary Tatro used tweezers to place the hairs in small coin envelopes.

Some of the bear hair collected in tufts on the barbs. Individual hairs were harder to spot, so he held up a larger envelope behind the barbs.

“Sometimes the hair is so fine we need to hold paper up behind the snare to see the individual hairs,” said Jeff Tatro.