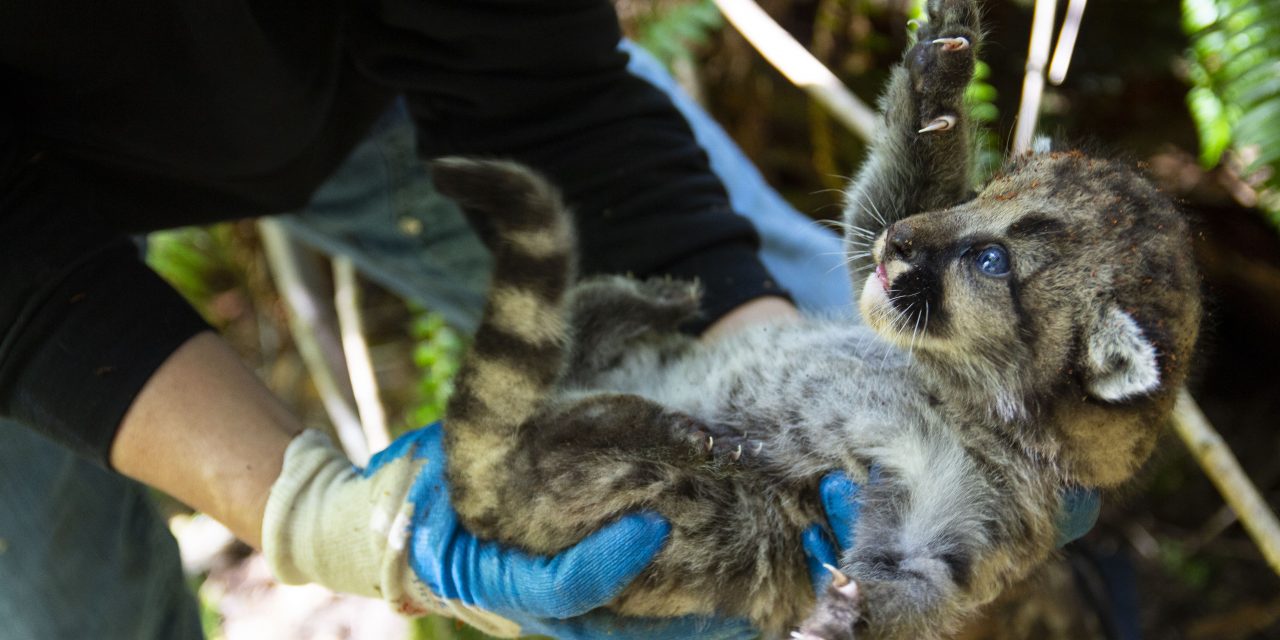 She hears faint meows, so she moves closer through the dense vegetation and peers over a nurse log to find a black-spotted kitten with deep blue eyes.

They take a hair sample, check the sex and weigh her at 6 pounds. The crew finds a second kitten, a feisty male who paws at the biologists with tiny sharp claws, weighing 4 pounds.

The mother, collared with a GPS unit earlier this year, was not detected nearby.

“She may be gone for as long as two days while out hunting,” Elbroch said.

By tracking the GPS collar, Ackerman theorized that the female cougar had given birth because she spent more time in one spot than she would have on a kill site, and kept returning to the same area.

Before leaving the den, Elbroch installed game cameras to collect footage of the kittens.

The Skokomish Tribe is quantifying the local cougar population and studying its predatory habits on deer and elk. In addition to its own population study, the Lower Elwha Klallam Tribe is collecting data with Panthera about behavior, migration patterns and genetics.

“Lower Elwha and Panthera’s interest is in the entire population on the peninsula, while we are looking at just the local population,” Ackerman said. “Since we’re already out there looking for our cats, we can help them gather the data they need.”

Panthera provides the GPS collars and trail cameras, and Skokomish is tracking data for five cats on the southern end of the peninsula.

“Our goal is to integrate information,” Sager-Fradkin said. “This is a perfect example by working in the field as a team.”

Elbroch also is interested in the cougars’ habitat and eating habits. The young cats tend to eat smaller prey like beavers, while the adults go after elk and deer.

Suitable habitat for cougars may not be the same kind of habitat that’s good for elk and deer, which is often assumed, he said.

“The young bounce all over the place, so tracking them is a great way to learn what habitat they use and where they go,” he said.

The effort to work with as many tribes as possible on the Olympic Peninsula is growing, Elbroch said.

“It’s super-exciting stuff because it gives us information we haven’t had before about these cats,” he said. “We can use models to determine what a cat will do but getting this real-time data will help us see what they actually do.” 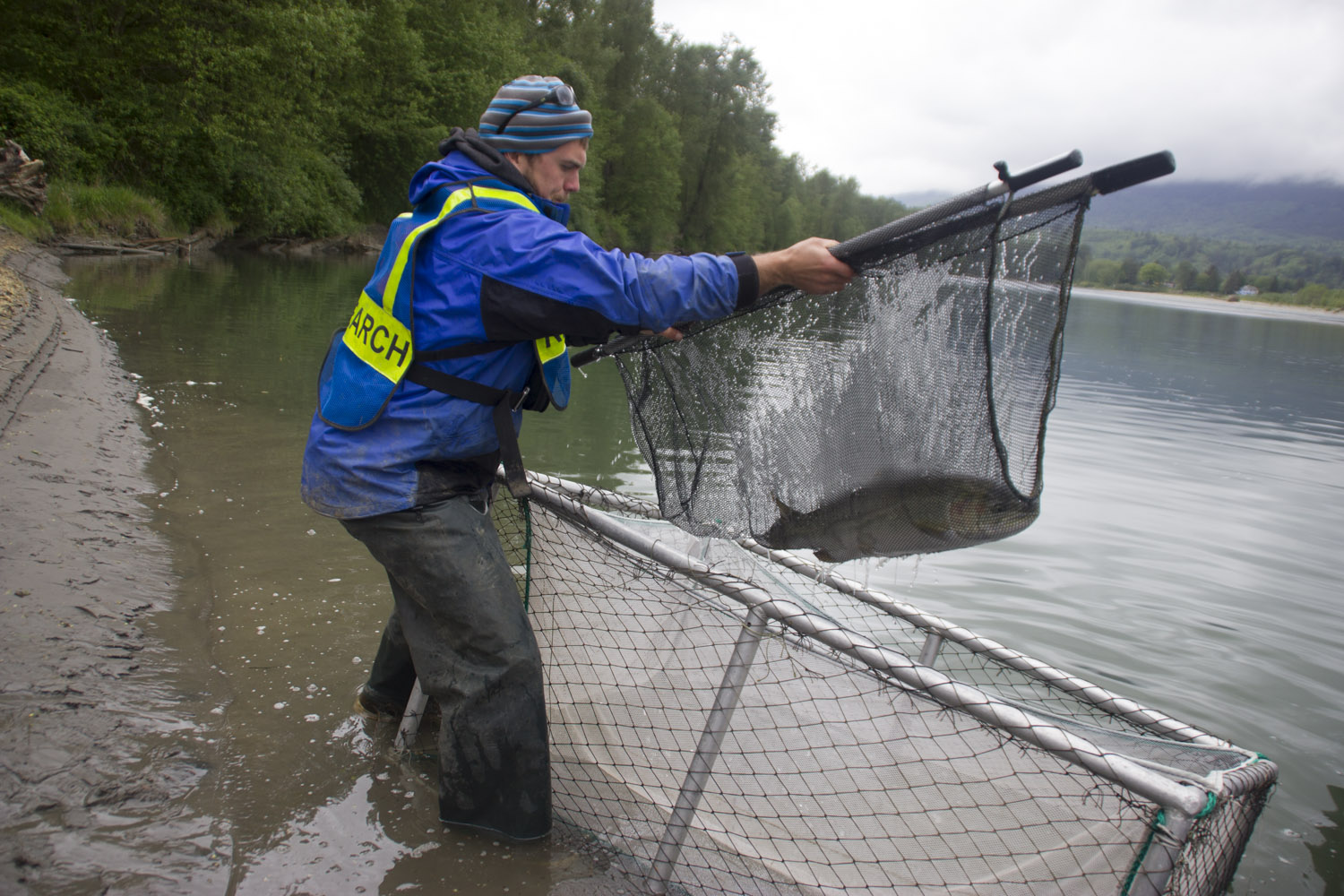