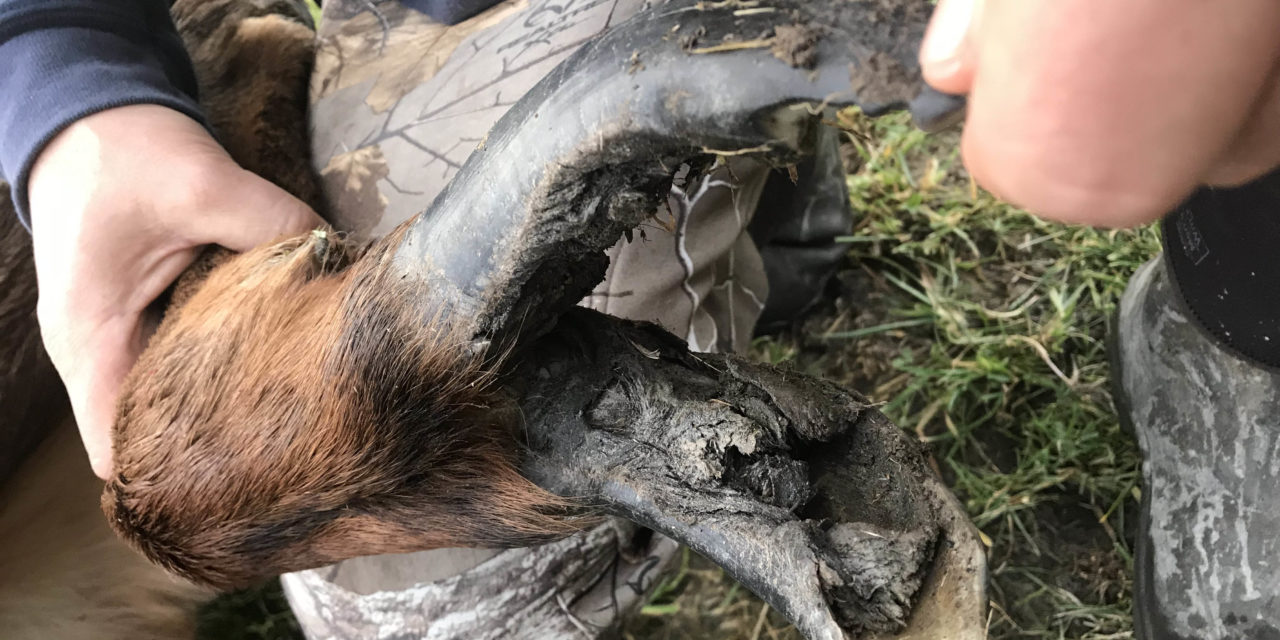 Wildlife managers are sampling elk to learn more about the hoof disease proliferating across the region.

Often referred to as “hoof rot,” cases of treponeme-associated hoof disease (TAHD) have increased among elk in Southwest Washington since 2008. The disease has been seen in the Olympic Peninsula and North Cascades herds over the past three years.

The disease likely is transmitted via the soil from bacteria that sheds from the hooves of infected elk and is transmitted to other animals in the herd.

“Euthanizing elk with hoof disease may help stop the spread of the disease,” said NWIFC veterinarian Dr. Nora Hickey. “This strategy has been tried with wildlife diseases in other regions, such as chronic wasting disease in deer in the Midwest, with fairly good success.”

There is no vaccine against hoof disease and there is no proven way to treat free-ranging animals.

In January, the biologists collected samples from the hooves, antlers, liver, blood and feces of a bull elk with a hoof ailment, as well as an apparently healthy cow elk.

Dr. Margaret Wild of WSU’s Department of Veterinary Microbiology and Pathology at the College of Veterinary Medicine in Pullman is researching hoof disease. One thing she is trying to determine is whether one strain of hoof disease has spread across the region, or whether these are independent outbreaks.

The disease causes sores and lesions leading to significant pain and suffering. Afflicted elk can lose the hard capsule covering their hooves and have difficulty walking, which makes them unable to find food and escape predators.

Washington state recently passed a law aimed at limiting the spread of hoof disease by requiring hunters in areas where it is present to remove hooves and leave them where the elk was killed. The public can help by reporting limping elk or hoof deformities to WDFW at https://wdfw.wa.gov/conservation/health/hoof_disease/.

Salmon Harvest Making Its Way To Those Most In Need

Yakima Herald Republic: Hunting where their ancestors did