Tribes are generally supportive of Inslee’s move to increase the state’s fish consumption rate to 175 grams per day, but are deeply concerned about a proposed tenfold increase in the cancer risk rate.

The current cancer risk rate provides a one in one million chance of getting cancer from consuming fish and shellfish containing toxics from state waters. Inslee’s proposal would lower that rate to one in 100,000, but he hopes to mitigate the loss of protection through a toxics reduction effort that would require state legislative action.

“This is a political decision, not one based on sound science,” said Lorraine Loomis, vice chair of the Northwest Indian Fisheries Commission and fisheries manager for the Swinomish Tribe. “While a toxics control effort is needed, it is not an effective replacement for strong water quality rules and standards. We cannot continue with a pollution-based economy.”

Tribes also are concerned that Inslee’s plan will further delay implementation of revised water quality standards. Even with swift legislative approval, it would be next year before new standards are put forth for review.

“We’ve been working with the state on this issue for more than 20 years,” Loomis said. We need action.” She said the tribes will be meeting together and with the U.S. Environmental Protection Agency to examine Inslee’s proposal and consider their options. 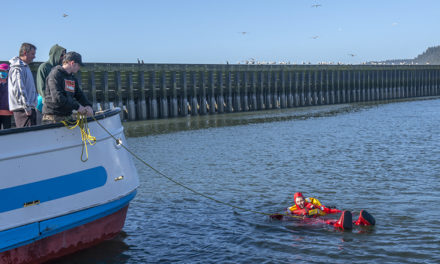