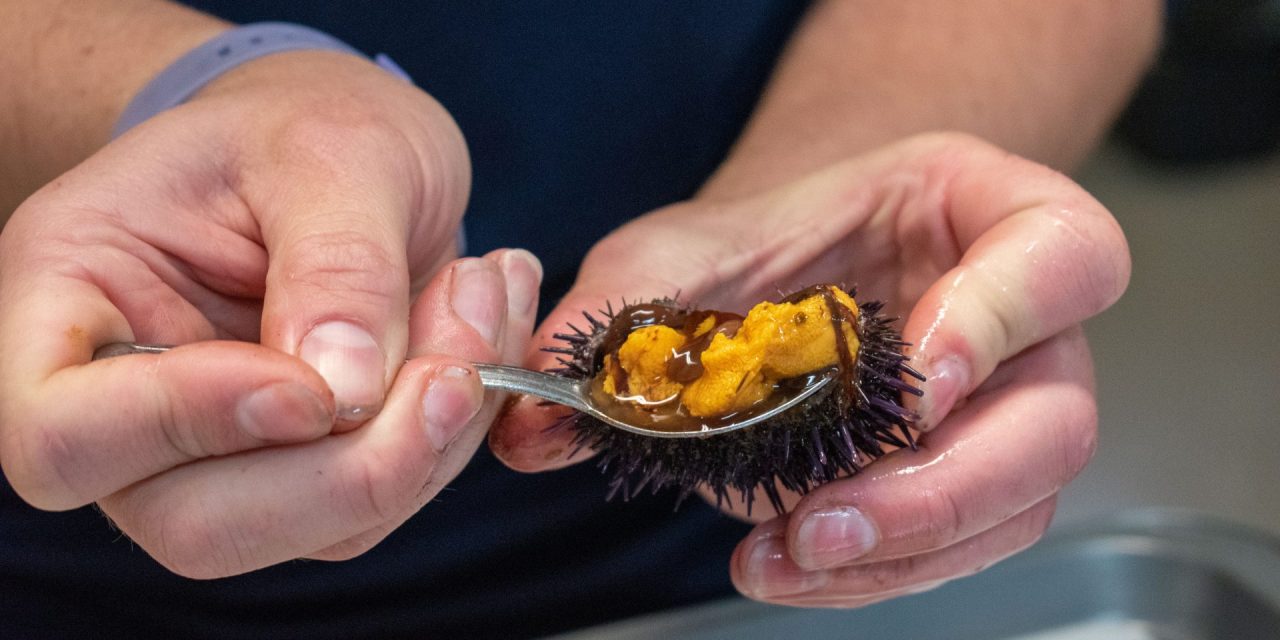 Hordes of slow-moving prickly purple urchin that creep along the seafloor can easily wipe out a kelp forest.

The Makah Tribe is working with the state Department of Fish and Wildlife to track such nefarious activity in the Strait of Juan de Fuca. The co-managers are concerned by the barren areas that are left behind on the seafloor when an overabundance of urchins devour the kelp forests.

The state reached out to the tribe a few years ago to explore what appeared to be developing urchin barrens, a problem that is well known along the coasts of California and Oregon, said Adrianne Akmajian, the tribe’s marine ecologist. Together the state and the tribe are conducting annual population surveys and sampling, in part to compare the health of urchins living in healthy kelp forests versus in these apparent barrens.

“Divers have been seeing large areas that are pretty dense for urchins,” Akmajian said. “We are concerned that if these barren areas continue to grow, we may see loss of kelp forests like they have farther down the coast.”

Kelp forests are an important habitat for a variety of marine species, including rockfish, juvenile salmon, crustaceans and others that are important as a prey base for the ocean food web and fisheries. Urchin barrens deprive these species of refuge, and feeding and spawning grounds.

Shrinking kelp forests compound the problem, with less healthy kelp leading to more starving urchins. Research conducted in Oregon and California indicates that urchin barrens form quicker when there are more starving urchins. Hungry urchins change behavior from hiding between rocks to roaming on the sea floor, searching for food.

While urchins are important to the tribe—its gonads are considered a traditional food—they’re not worth harvesting if their gonads aren’t mature enough to provide a meal, Akmajian said.

This fall, state divers collected 30 samples each from 10 subtidal sites near Neah Bay and the tribe collected urchin samples from an intertidal location on the reservation. All samples were processed in the tribe’s fisheries lab.

Ranging in size from a small child’s fist to a softball, urchins were weighed, then cracked open with special scissors. Lab technicians then weighed the scooped-out gonads, from heaping to barely there. 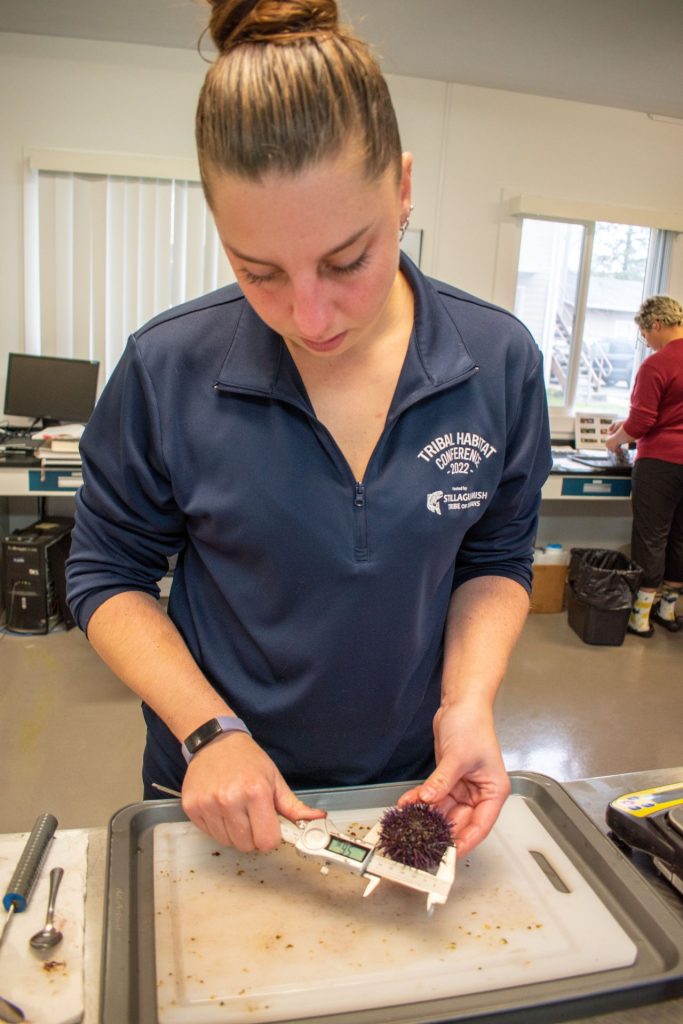 “You get a relative proportion of how big their gonads are compared to the size of the urchin test, or skeleton,” Akmajian said. “In theory, in a healthy urchin you would see a greater ratio of gonads to test compared to an urchin from a barren where they are no longer feeding or there isn’t food available. We’d expect a smaller gonad to test ratio.”

“At an intertidal location, if there are a whole bunch of urchins, is that considered a barren like when we see large aggregations in the subtidal?” Akmajian said. “How do their gonad-to-test ratios compare to those in the subtidal areas where the divers are collecting them?”

The state also is trying to determine the threshold of when an area is considered a barren by studying the behaviors of starving urchins versus well-fed urchins. This data will help the state determine at which point in urchin development there is a behavioral change, and if possible, predict the development of an urchin barren, said Will Jasper, the tribe’s groundfish biologist.

To further help with the surveys and to cover more ground in looking for urchin barrens, the tribe also is exploring using a remote-operated vehicle (ROV), which could be dropped into the water and controlled from the boat. Using an ROV would allow the boat to stay out of kelp beds and away from underwater rocks, and would be easy to deploy across multiple areas in a single day. The tribe also hopes to expand their surveys to other intertidal sites in 2023.

Top: Yellow gonads are scooped from a purple urchin in the Makah Tribe’s fisheries lab. Story and photos: Tiffany Royal 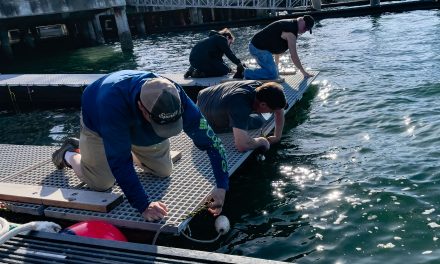