A rainy April and a hotter-than-normal week in May have created a challenge for the steelhead fry expected to emerge in August.

The rain, combined with heavy snowmelt after a string of 80-degree days in May, built up in the reservoir of Seattle City Light’s Skagit River Hydroelectric Project. In order to prevent an overflow that could scour out steelhead redds (nests), the utility released more water than usual, increasing the flow of the Skagit River. As a result, spawning steelhead dug redds in places at risk of being dewatered before the last fry emerge this summer, when flows are lower.

Based on data gathered by Walsh and Pflug, Seattle City Light will release enough water in August to keep vulnerable steelhead eggs under water.

“We haven’t had a steelhead redd dewatered in years,” Walsh said.

Walsh and Pflug have monitored salmon and steelhead redds between Rockport and Newhalem on the Upper Skagit River since 1995. They document new redds, note the condition of existing redds, and measure the depth of the shallowest redds to make sure the river’s flow stays high enough for those eggs to survive, but not so high that the eggs are washed away.

“Seattle City Light has been a great partner to the tribes in water management,” Walsh said. “They’ve gone out of their way to protect fish beyond what’s required in their license agreement.”

Unlike chinook, chum, pink and coho salmon, steelhead are repeat spawners, which means Walsh and Pflug don’t encounter very many steelhead carcasses. However, this year, they have counted more steelhead redds in this stretch of the river than they have seen in the past 18 years of surveys. 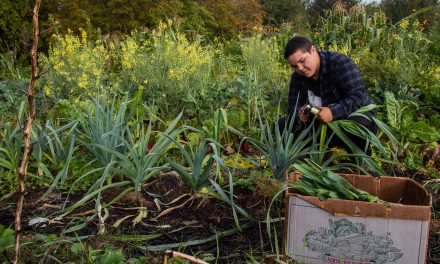