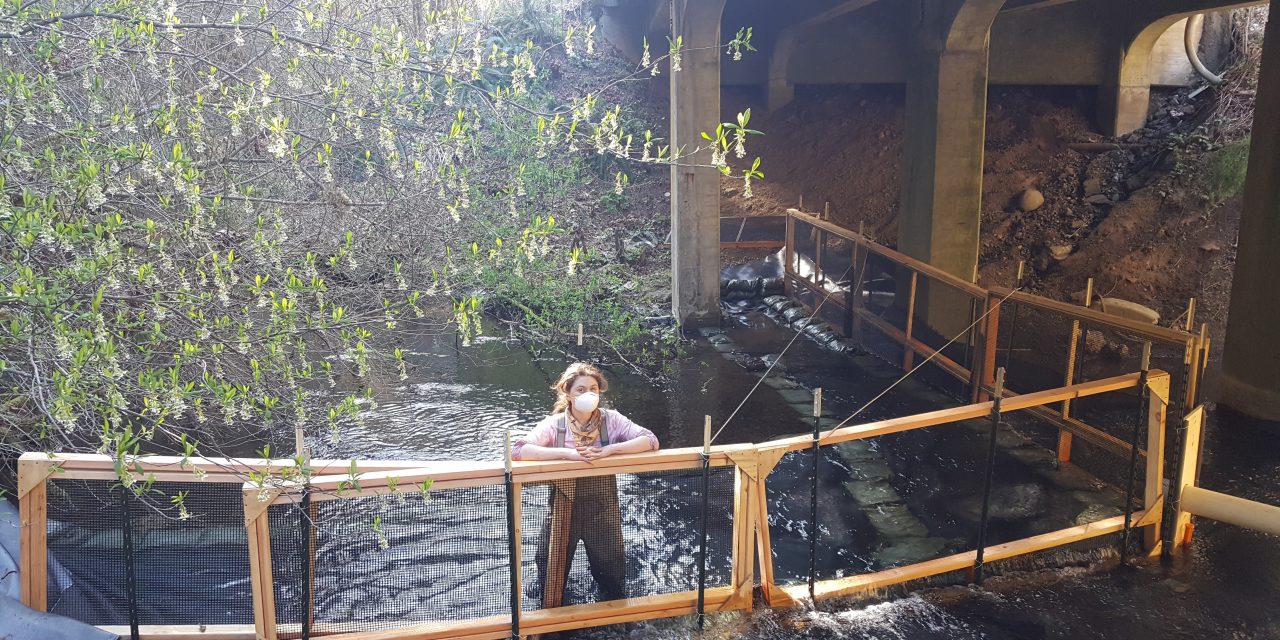 When the novel coronavirus hit western Washington this winter, shutting down just about everything, tribal fishermen quickly had to figure out how to protect themselves while continuing to harvest.

The Upper Skagit Indian Tribe’s council, for example, realized it would be impossible for fishermen to keep six feet apart from their deckhands on their small boats during a spring chinook fishery in May.

The tribe tested all fishermen and deckhands for COVID-19, and asked them to wear masks. They also were told to stay home if they were experiencing symptoms. No one got sick. As of mid-June, the tribe had no confirmed cases of COVID-19.

“We had 18 to 20 boats fishing,” said Scott Schuyler, the tribe’s natural resources director. “Everyone was going COVID crazy and wanted to get out on the river after sheltering in place so long while the reservation is on lockdown.”

The tribe had a buyer for the spring chinook, but the fishers were paid about 50 percent of what fishermen usually get, due to the economic effects of the ongoing pandemic, Schuyler said.

The tribe also shut down the natural resources department offices, including field operations and test fisheries to protect tribal members and staff.

“I’m sure other tribes are in the same boat,” Schuyler said. “We are continuing to take a very cautious approach in the name of safety.”

In addition to requiring masks during its spring chinook fishery, the Lummi Nation tested all 37 divers and hose tenders participating in a commercial geoduck dive fishery in May, said Karl Mueller, Lummi shellfish biologist.

The participants also wore gloves and masks during the fishery, and sold only to a single buyer, instead of the usual four or five, to limit the number of contacts with people outside the reservation.

The Swinomish Tribe is offering COVID testing to anyone who wants it, and as of mid-June had no confirmed cases on the reservation. The tribe’s departments of Fisheries and Environmental Protection established social distancing protocols to continue field work safely, such as collecting nearshore data, sampling water quality and surveying eelgrass, crab and clams.

Some tribes picked up the state’s field work when the Department of Fish and Wildlife shut down operations. Natural resources staff from the Skokomish and Lower Elwha Klallam tribes conducted salmon and shellfish surveys and test fisheries in addition to their own field work.

“We never got the price we wanted and it makes a difference on the guys who do winter fisheries since they’re not big fisheries to begin with,” he said.

The price for crab from winter harvests plummeted to $3-$4 a pound, instead of the normal $6 a pound, he said.

Prawn fisheries didn’t receive the typical prices at first either, starting at $3 a pound; shrimp usually sell for $7 a pound, Ives said. But by early June, markets were back at their normal price.

Point Elliott Treaty tribes agreed to fish in groups of 50 for spot prawns, to avoid flooding the market.

“This was a way to get all our fishermen from the Point Elliott Treaty on the water and get them making money,” said Jonathon Lane, Lummi Fisheries and Natural Resources commissioner. “That was all based on the market and the coronavirus.”

Harvests for manila clams were minimal while restaurants were shut down, but interest in clams and oysters picked up in mid-May as the state started to reopen, Ives said.

Shellfish harvesters from the Skokomish Tribe also felt the effect of the pandemic on their harvest efforts, said Skokomish fisherman Kevin Cagey.

“It definitely had an effect all the way around,” he said.

“Even the oyster harvests weren’t what they used to be. In April, the markets were 10 percent of regular volume.”

Buyers were only taking oysters that were about 4 inches or bigger for grocery retail, he said. The restaurants that prefer smaller to medium sizes were shut down.

“As restaurants reopen, the market will likely pick up again,” he said. “But at least it gives the shellfish a chance to spawn and grow.”

Reduced markets meant tribal geoduck harvests also were down, as well as the price. But as of June, markets were opening again and demand and price were increasing. Tribes can roll over some of their 2020 geoduck harvest to 2021 if needed, said Sandy Zeiner, shellfish and enforcement policy analyst for NWIFC.

In addition to commercial fishing, ceremonial and subsistence fishing was an important source of food for many tribal members, with fishermen catching and distributing fish in a number of tribal communities.

Spring is the time for First Salmon ceremonies and tribes were creative with their annual celebrations.

Instead of a community Blessing of the Fleet, Swinomish distributed take-home meals to the community.

Lummi Natural Resources commissioners and community members held a small First Salmon Ceremony to honor the ancestors and traditional way of life, and are planning to hold a community event later this year.

The Puyallup Tribe of Indians held their First Salmon Ceremony over Memorial Day weekend, with some modifications to keep tribal members safe.

Puyallup Tribe Chairman David Bean said the council outlined the protocol to make the event safe and still be able to honor the salmon and culture.

Attendees watched from their cars with masks as the first fish was brought from a tribal canoe. Drummers and singers sang and danced while the fishermen cut the first salmon to cook and share, leaving the head and bones intact to return to the sea along with huckleberries and camas bulbs to welcome fish home.

Salmon was cooked on site and packaged with huckleberry muffins, camas bulbs and salad with huckleberry balsamic vinaigrette dressing. The meals were distributed to tribal members drive-through style after the ceremony.

“We’ve done this for thousands of years. We have survived challenges like this before,“ said Connie McCloud, culture director for the tribe. “We celebrate the births, how we have grown as a people, and remember those who have been lost and the families who are grieving.”

Understanding importance of salmon to tribes

Legislative Hotsheet for the Week of January 22, 2007