LAPUSH (Aug. 19, 2005) – The fish and marine mammals of Washington’s ocean waters are blissfully unaware of the blankets of bureaucracy that have been overlaid on their home.

Washington tribes, however, are painfully aware of the thicket of federal and state agencies and regulations dealing with marine protected areas which are constantly threatening tribe’s sovereignty and way of life despite treaty-guaranteed rights to fish as they always have.

Proposals for marine protected areas range from complete no-take zones to areas allowing limited use while still meeting long-term management goals. Maintaining federal recognition of tribal sovereignty was the goal of Mel Moon, natural resources director for the Quileute Tribe, during the process that produced the recommendations to create a national system of marine protected areas (MPAs).

“It’s not that tribes don’t support the creation of MPAs,” said Moon. “But we have these groups passionate about preserving and protecting the oceans, but not seeing tribes in terms of their treaty rights and status as sovereign nations.

The treaties limit us to harvesting fish and shellfish in our usual and accustomed areas. We can’t just move somewhere else if fishing is shut down in our traditional places.”

MPAs can be a good tool to protect the marine environment, but should be created through regional consensus, not dictated from a national perspective without local input, Moon said.

“We, as tribes and local governments, have the ability and capacity to contribute our knowledge to the creation of MPAs,” said Moon. “We need the opportunity.”

Moon was one of 30 members of the marine protected areas federal advisory committee composed of members of the scientific community, academia, commercial and recreational fishermen, tourism, the oil and gas industry, tribal and state resource managers, environmentalists, and other resource users. The group, in compliance with a 2000 presidential Executive Order, crafted a plan to establish a national system of MPAs built upon existing sites and new areas that meet specific criteria.

“I think we were able to bring the tribes into focus as living, breathing cultures, not just people of the past,” said Moon. “Tribes are very place-oriented. We have sacred places that are thousands of years old and we have knowledge of how natural systems function over centuries. This knowledge is valuable to the creation of MPAs and how those areas might work.”

Moon’s term on the committee has expired; his replacement will be Jim Woods, sustainable resource coordinator for the Makah Tribe. The committee’s work will now turn to more technical issues regarding the implementation of a system of MPAs. The final report will be delivered to National Oceanic And Atmospheric Administration and Department of Interior administration.

The recent Pew Report on ocean health has spurred federal authorities to vigorously support the committee’s recommendations as the blueprint for creating a national system of MPAs, Moon said.

The committee’s report is available at www.MPA.gov. Transcripts, presentations, and other documents from past meetings are also posted on the Web site. 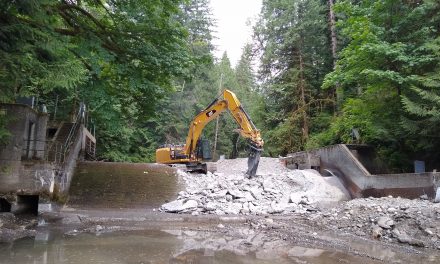