Treaty tribes from across the region came together at an event hosted by the Nisqually Tribe to celebrate Billy Frank Jr. Day. The Seattle Times spent most of the day, covering the preparations and the spirit of the day.

A likeness of Billy Frank Jr. is carved on a gravestone the color of a sockeye salmon, along with a charge to get busy:

“As the salmon disappear so do our tribal cultures and treaty rights. We are at a crossroads and we are running out of time.”

And so on Wednesday -— Billy Frank Jr. Day — hands all over the reservation got busy indeed, not only preparing a feast for some 400 guests invited to celebrate the late Nisqually Indian leader’s legacy, but also to inaugurate an annual environmental day of service in Frank’s honor.

In the pouring rain people turned out with trash bags to pick up litter on the banks of the river where Frank built his legacy defending Indian treaty fishing rights. In the bags it all went: a motorcycle seat; a hunk of car bumper; and so many, many bottles and cans.

“We decided that in order to deliver Billy’s message, we needed to do something productive,” said Sheila McCloud, a member of the Nisqually Tribal Council as she picked up broken glass. “That’s our intention today: to honor him by doing something positive.”

“We are very appreciative and honored to have known and worked with Billy,” said Ron Allen, chairman of the Jamestown S’Klallam tribe in Blyn.

And, the Olympian too:

Hundreds of people, including many tribal leaders and politicians from around the region, are expected to attend Wednesday’s invitation-only event at the tribe’s Community Center.

“It’s not like it’s a memorial or anything,” Frank said. “We’re going to celebrate his life. People can get up and tell stories.”

Billy Frank Jr. was a central figure in the Indian fish-ins during the 1960s and ‘70s that led to the court ruling known as the Boldt decision. The case affirmed the treaty rights of 20 coastal and Western Washington tribes, granting them half of harvestable salmon.

The holiday is one of several ways the Nisqually people are honoring their beloved elder. The tribal council recently named the newly renovated Community Services Center after him, and there are plans to name a frontage road Billy Frank Jr. Boulevard.

In addition, Congress recently voted to rename the Nisqually National Wildlife Refuge in his honor, and he was awarded the Presidential Medal of Freedom, the country’s highest civilian honor.

Keep Our Seafood Clean: Russ Hepfer explains why we need a strong rule 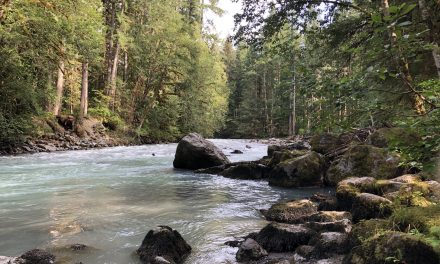