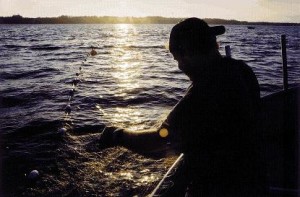 Today, the Seattle Times published a piece by Billy Frank Jr. on the erosion of salmon habitat, tribal salmon harvest and treaty rights. The article focuses on a report by the Treaty Indian Tribes in western Washington called “Treaty Rights at Risk,” which you can learn about and download here.

Salmon recovery is failing in western Washington. It’s failing because the federal and state governments are allowing habitat to be destroyed faster than it can be restored.

As the salmon disappear, our tribal cultures, communities and economies are threatened as never before. Our fishing rights have been made almost meaningless. Some of our tribes have lost even their most basic ceremonial and subsistence fisheries – the cornerstone of tribal life.

We are at a legal and biological crossroads in our efforts to recover the salmon and preserve our tribal cultures, subsistence, spirituality, and economies. Not since the darkest days of the fishing rights struggle have we feared so deeply for the future of our treaty rights.

We kept our word when we signed the treaties that ceded almost all of the land that is in western Washington. We expect the United States to keep its word, too.

Canoes to land at Swinomish July 25