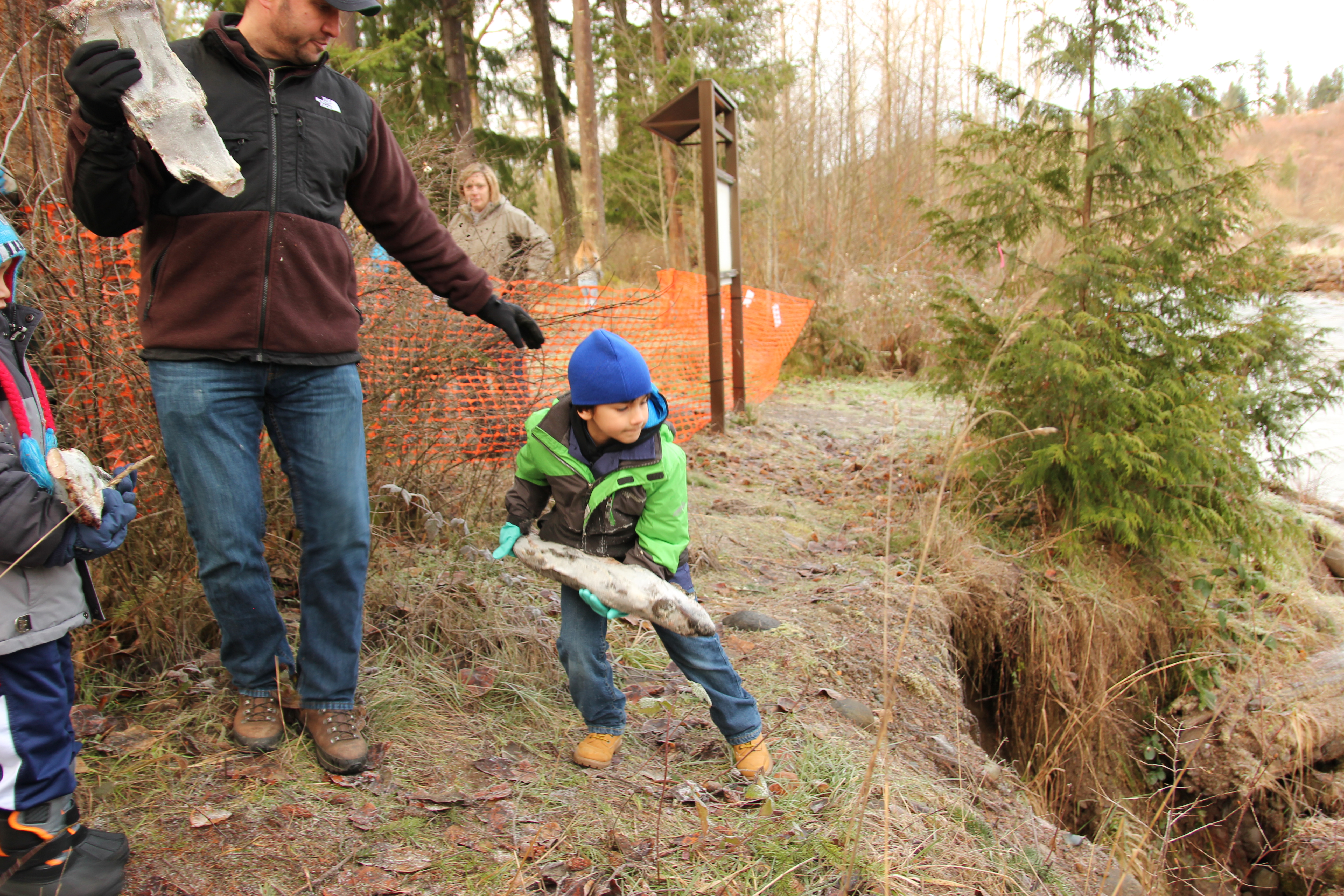 Every year the Nisqually Indian Tribe works with the Nisqually Stream Stewards and the Nisqually River Education Project to toss salmon carcasses. The carcasses come from the tribe’s hatcheries and feed critters throughout the water, ultimately benefiting juvenile salmon.

The carcass tossing program has a real impact on bringing back salmon in larger numbers to the Nisqually River watershed. “Juvenile salmon of all species depend on nutrients from carcasses,” said Leischner. Small organisms, such as stream insects, feed on the carcasses, which in turn are food for juvenile salmon. Over the last hundred years there has been a dramatic decline in numbers of returning salmon and available carcasses and food in the system. “While we can’t totally re-create historic conditions, we are doing what we can.”

The carcass distribution program also ties into the tribe’s ongoing salmon habitat restoration efforts throughout the watershed. In recent years the tribe and its partners have completed several projects that provide habitat for juvenile fish. “By putting carcasses near those projects we will help ensure the fish rearing in them will have food,” said Leischner.

The program began when only 3,900 pounds of salmon were tossed in 1999. “We may have hit a plateau in terms of how many fish we can pack into a freezer, but we’re seeing more and more people come out to carcass tossing events,” said Perry.

Letting The Tide Come In At The Nisqually Estuary