OLYMPIA – There’s a new bug that’s been going around for the last couple years. State and federal elected officials and bureaucrats seem to be coming down with it more than anyone else.

It’s called “salmon fatigue” and from what I can tell, it’s a brain infection that makes you tired of trying to save the salmon.

If we cried about fatigue every time we came up against a difficult problem in this country, where would we be? I don’t understand how you can get tired of trying to save the salmon.

What those infected with salmon fatigue are really saying is “stop coming to me and talking about salmon.”

I have news for them. We’re just getting started.

Puget Sound chinook were listed as threatened under the Endangered Species Act almost ten years ago. We’ve worked hard during that time with our state co-managers to develop a recovery plan for these fish that fixes their habitat and restricts harvest. Despite all of our work Puget Sound steelhead, which depend on much of the same habitat as chinook, were listed under the ESA last year.

We’re not giving up, though, and we’re sure as hell not getting tired.

I’m hearing complaints about salmon fatigue at the same time we’re trying to muster the strength to clean up Puget Sound. I’ll tell you, getting tired of salmon sure isn’t going to get us any closer to rescuing Puget Sound.

It’s kind of funny, but the people who are around salmon the most, like fishermen, don’t get salmon fatigue. You would think that people who spend their lives around salmon would be more likely to get tired of them, but they don’t.

The salmon sure don’t get tired. They come back to the rivers every year in the hope that we have turned ourselves around and have worked to restore and protect their homes.

Now is the time we should be making great strides in our efforts to recover Puget Sound chinook and other listed species, but instead we are seeing less and less funding for this work.

In fact, when adjusted for inflation, the treaty Indian tribes in western Washington now receive less funding for salmon management than we did 30 years ago.

This lack of funding might slow us down, but it won’t stop us. We won’t let it.

If elected officials and bureaucrats can’t get cured of their “Salmon Fatigue” and truly commit to salmon recovery – even before the job is 10 percent done – how can we expect to clean up Puget Sound? 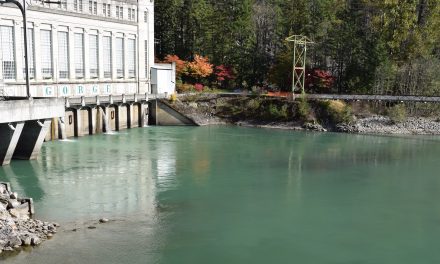 Fix Your Culverts, State of Washington