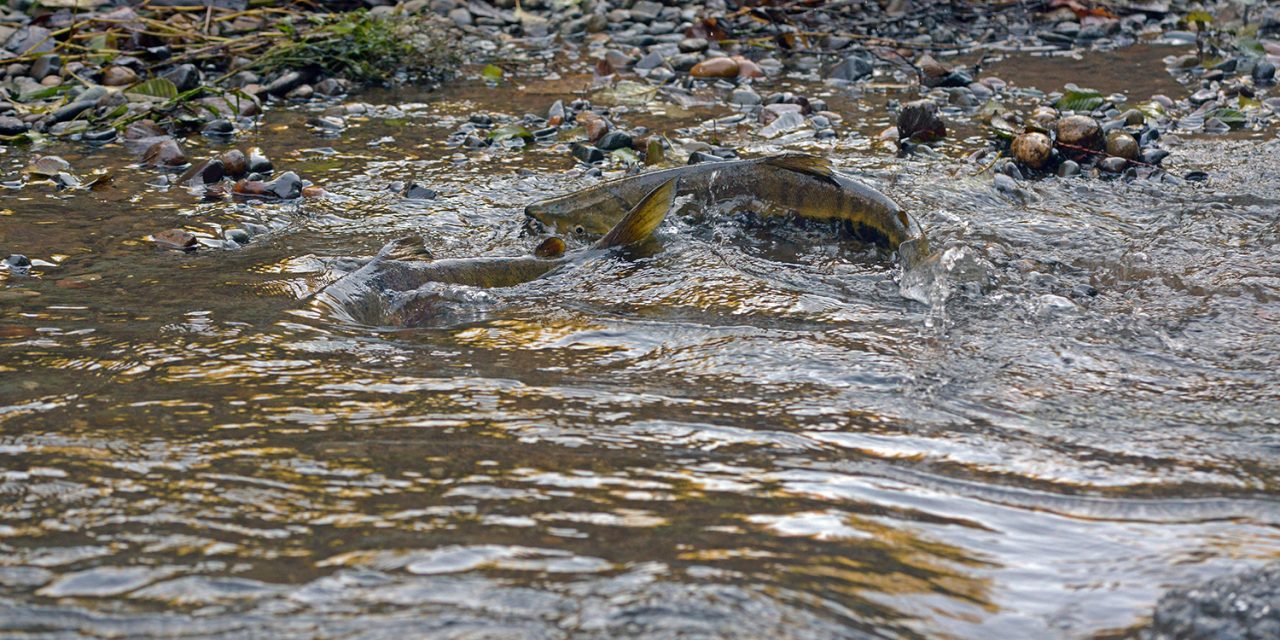 Treaty tribes are encouraged that the Washington State Legislature may finally put an end to the destructive practice of suction dredge mining, for the protection of threatened salmon and their habitat as well as southern resident orcas that depend on salmon.

Suction dredge mining destroys salmon habitat when miners enter streams with a powerful pump mounted on a small raft to suction tons of gravel and sediment – and sometimes fish and fish eggs – from the bottom of a stream. The dredged spoils are then dumped back in the stream, further damaging salmon habitat.

The results are erosion, loss of streamside vegetation, higher water temperatures and decreased water quality, all of which can kill salmon and their offspring. Suction dredge mining also stirs up highly toxic mercury from streambeds and sets it loose in the water again.

The miners are looking for gold and precious stones, but for most it’s a weekend hobby. The small amount of gold they find isn’t worth the cost to the salmon.

Alaska, Montana, Idaho, Oregon and several other states ban the activity in critical habitat for endangered fish. California has completely banned suction dredge mining. Miners in Oregon appealed the state’s moratorium on suction dredge mining all the way to the U.S. Supreme Court, which declined to hear the case.

The legislation supports court rulings that discharges from suction dredge mining require a permit under the federal Clean Water Act – something Washington has never done. Instead of permits for potentially harmful practices being considered on a case-by-case basis, ESHB 1261 simply prohibits them in salmon streams with critical habitat. This is the kind of common sense and cost-effective regulation that we need.

Salmon are declining because their habitat is being lost and damaged faster than it can be restored. We’ve been working too hard for too long on salmon recovery to allow suction dredge mining to continue to destroy Washington’s critical salmon habitat.

Our tribal cultures depend on salmon and our treaty rights include the right to have salmon protected so that they can be harvested. To us it is the salmon – not the few flecks of gold that recreational miners can suck out of our rivers and streams – that is the real treasure.

Lorraine Loomis is the chair of the Northwest Indian Fisheries Commission