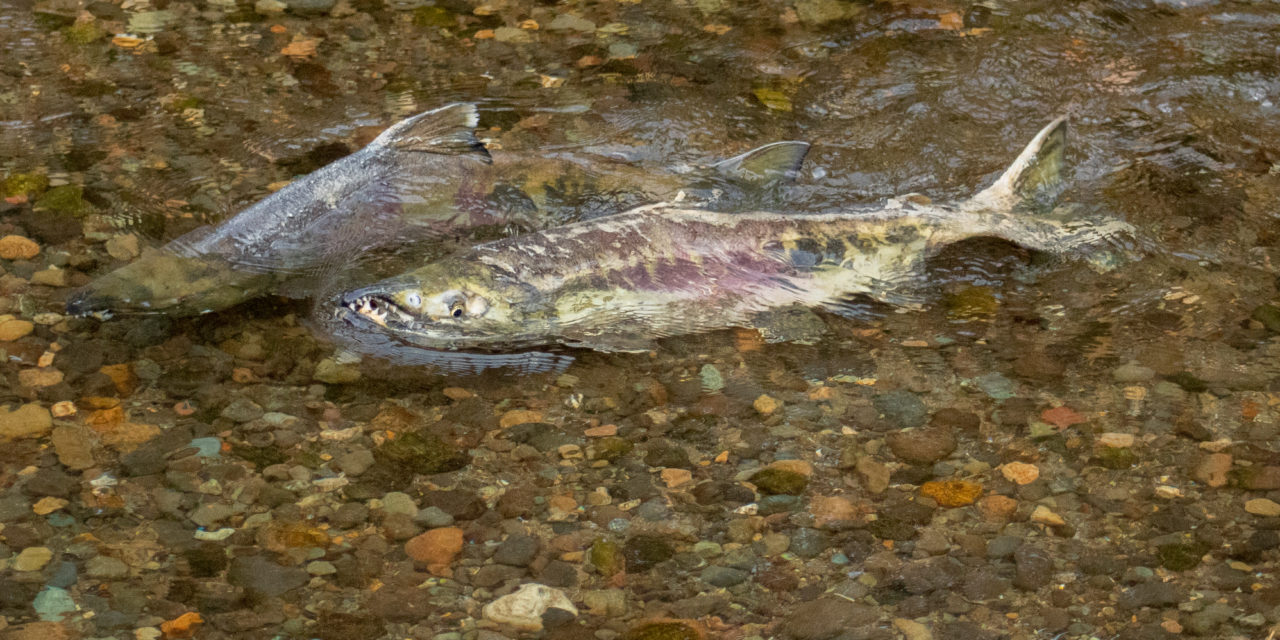 “When we started counting chum in the creeks early in the season, we weren’t seeing enough to justify opening any fisheries,” said Joe Peters, the tribe’s harvest management biologist.

By keeping a close watch on salmon returning to streams, the tribe can decide whether to open fisheries in adjoining bays.

“If we want to open a chum fishery in Eld Inlet, for example, we need to make sure enough chum salmon are making their way to Perry and McLane creeks, which flow into Eld,” Peters said.

“They were still impacting the few fish trying to make it back to our area,” Peters said. “We expressed our frustration to them, but they still kept fishing. Their decision was tragic given our historically great track record of co-managing chum.”

Past sacrifices by the tribe and the state have ensured healthy South Sound chum runs until now. In the early 1980s, the co-managers agreed to drastic steps – including a four-year tribal fishing closure – to rebuild chum stocks in deep South Sound.

The most significant step was negotiating with non-Indian commercial fishermen farther north in Puget Sound to create a window in their fisheries to allow South Sound chum to pass.

“For decades now, there has been a week to 10-day break in those northern fisheries,” Peters said.

Toward the end of the chum season, tribal and state surveyors finally counted enough chum on Kennedy Creek to ensure healthy future runs. “The only reason we are seeing enough fish in Kennedy, which is a major chum producer for us, is because we stayed off the water,” Peters said.