The Olympian covers the results of the Squaxin’s Tribes efforts to track young coho as they migrate out of deep southern Puget Sound:

Juvenile coho salmon are disappearing at an alarming rate before they can migrate out of South Sound, according to a three-year study by the Squaxin Island tribe.

“If we’re seeing this many coho die so soon, Puget Sound is definitely not working the way it should,” tribal natural resources director Andy Whitener said. “This data show the urgent need to find out why these fish are dying and how Puget Sound is ailing.” 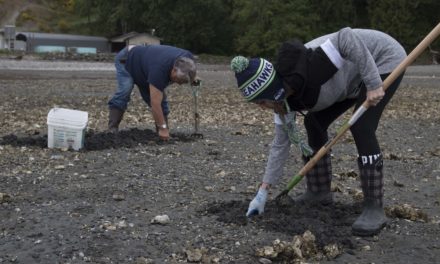