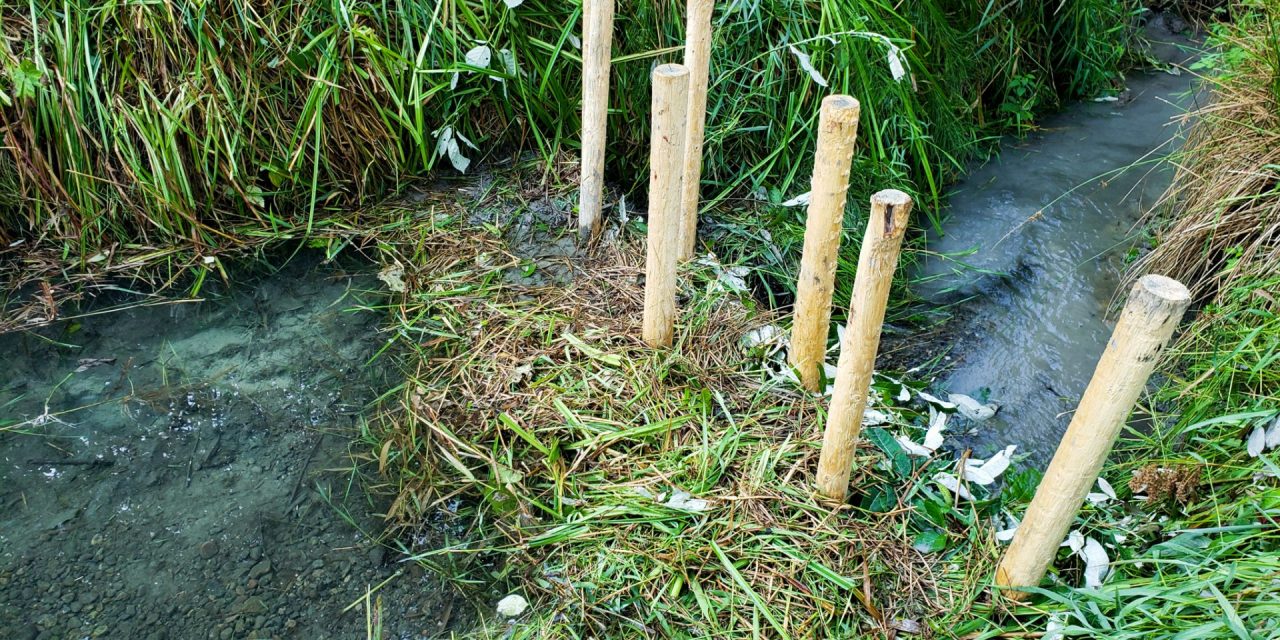 As the Stillaguamish River and its network of tributary and side channel streams braid their way across the landscape, they don’t inundate as much land as they did before dam-building, pond-creating beavers were nearly eradicated from the Northwest.

The missing link of healthy beaver populations in the watershed has long meant less wetland habitat to support fish and wildlife. As climate change impacts the local water cycle, restoring wetlands is increasingly important to help protect salmon and other tribal treaty resources.

“Our snowpack is declining, water temperatures are increasing, and we know that beavers can help,” said Jennifer Sevigny, wildlife program manager for the Stillaguamish Tribe of Indians. 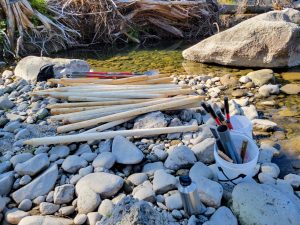 Materials for a look-alike beaver dam sit construction-ready along a stream in the North Fork Stillaguamish River watershed in August.

The Stillaguamish Tribe this summer installed three replica beaver dams in a stream along the North Fork Stillaguamish River to test a construction method, evaluate whether beavers will discover the dams and repopulate the area, and examine how coho salmon and other fish respond to the altered habitat.

“The Stillaguamish Tribe recognizes the value of wetlands and the species supported by this type of habitat,” said the tribe’s fisheries manager Kadi Bizyayeva, who is also a Stillaguamish Tribal Council member. “Restoring and enhancing wetlands is an integral part of decolonizing the landscape and protecting our treaty rights.”

Previous studies have shown that juvenile coho and other fish use beaver pond habitat, and a lack of that type of habitat has impacted coho populations in the region. Upon completion of the pilot dams this summer, coho were seen foraging in the slow-moving water behind them—a positive sign for the project.

If the project continues to see positive outcomes, the tribe—as well as other tribes and organizations—could replicate the process elsewhere to bring back beavers and the wetland-rich habitats they create as a climate change mitigation strategy.

The project is building off a climate change program the tribe created almost a decade ago in 2013 and the Climate Change Adaptation Plan that followed with the help of the University of Washington’s Climate Impacts Group. 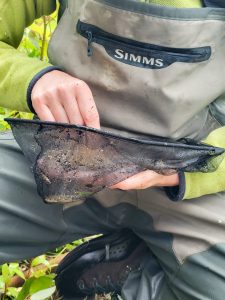 Through that work, the tribe found that restoring beavers to the watershed could increase the resiliency of fish, shellfish and wildlife important to tribal members.

That led a team from the tribe’s wildlife and habitat programs into the upper watershed this summer, to tribe-owned property along the North Fork Stillaguamish River northeast of Everett. There, they used a hydraulic pounder in place of a beaver tail to drive posts along three segments of a stream. They then wove branches from area trees and shrubs between the posts and stabilized the structures with mounds of sediment and stones.

This stream was selected for the tribe’s pilot project because it carries enough water to support pond development, is surrounded by plants needed for construction and is likely to hold the dams steady through flooding.

“The stream we’re working in is scoured out and so strong that the beavers can’t maintain dams themselves,” Sevigny said.

A beaver colony does reside about a half-mile upstream, though, increasing the odds that young beavers breaking away from family units may take up residence here and tend to the human-built dams in the future.

“If beavers come we hope they will stay and maintain it,” Sevigny said.

For now, the tribe will monitor monthly how water pools behind the dams; how water temperature, sediment depth, groundwater levels and vegetation respond; and how fish use the new habitat.

The Olympian: Clean water vital no matter how much fish we eat