SUQUAMISH (March 7, 2005) – The Suquamish Tribe is streamlining its salmon enhancement program by shifting the majority of its chum salmon production from Cowling Creek Hatchery to Grovers Creek Hatchery.

Moving a large portion of the chum salmon production to the much-larger Grovers Creek Hatchery will cut costs and allow for a more centralized salmon enhancement operation. While salmon production at Cowling Creek will be reduced, the facility will continue to be maintained by the tribe and a smaller number of chum salmon will still be reared and released at the hatchery annually.

“Making this modification to our chum salmon hatchery program will help us focus on correcting salmon habitat problems that plague this area,” said Rob Purser, fisheries director for the Suquamish Tribe. “This much needed work on degraded habitat is necessary if Puget Sound salmon populations are going to recover.”

In the past, the tribe has modified its salmon enhancement program. For example, in the 1990s the tribe discontinued its Agate Pass coho program.

“This most recent change will help us consolidate our salmon enhancement operation, and allow us to focus some of our efforts elsewhere,” said Jay Zischke, finfish program manager for the tribe. “With this modification, we will cut costs and help the tribe focus on salmon habitat, while still producing hatchery chum and chinook salmon for Indian and non-Indian fishermen.”

Chum returning to Cowling Creek will continue to be used for broodstock – male and female salmon that provide the eggs and milt for hatchery fish – and for educational purposes. If needed, the tribe can once again increase chum salmon production at Cowling Creek in the future. Over the past few years, however, chum salmon have returned in large numbers to Kitsap County streams. Hatchery salmon production and good ocean conditions have contributed to these abundant returns.

“We have had large chum salmon returns to the area over the past few years, but that doesn’t mean salmon have recovered in Puget Sound,” said Paul Dorn, salmon recovery coordinator for the Suquamish Tribe. “The loss of spawning and rearing habitat is still a serious problem. This problem is being addressed by the tribe, Kitsap County and several cities by accessing statewide salmon recovery funding; correcting fish passage barriers; improving critical areas ordinances and shoreline master plans; using open space and conservation easements; involving numerous business and community organizations and individual landowners who have stepped up and helped make a difference.”

For the past four years, the tribe has been studying Kitsap County’s nearshore to better understand how hatchery salmon interact with wild salmon. The nearshore environment is important habitat for both hatchery and wild salmon.

The Suquamish Tribe’s hatchery program will continue to focus on chinook production at the Grovers Creek Hatchery, with the major off-hatchery release site being Gorst Creek. The City of Bremerton, Washington Department of Fish and Wildlife, and the Poggie Club are all partners with the tribe in this long-running cooperative salmon program.

Opened in 1977, the Cowling Creek Hatchery was the Suquamish Tribe’s first salmon hatchery. Since then over 48 million chum salmon have been produced at the hatchery and released into East Kitsap streams.

The Olympian: The view from above shows restoration 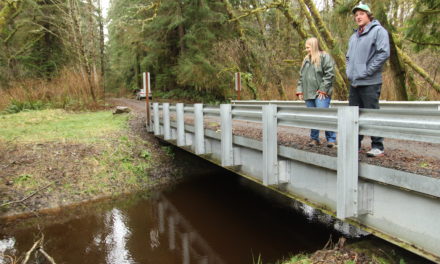 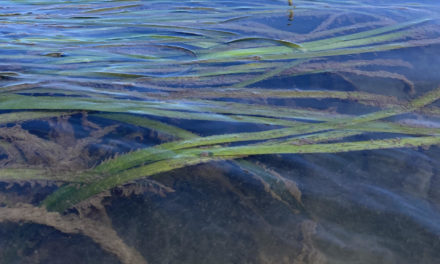