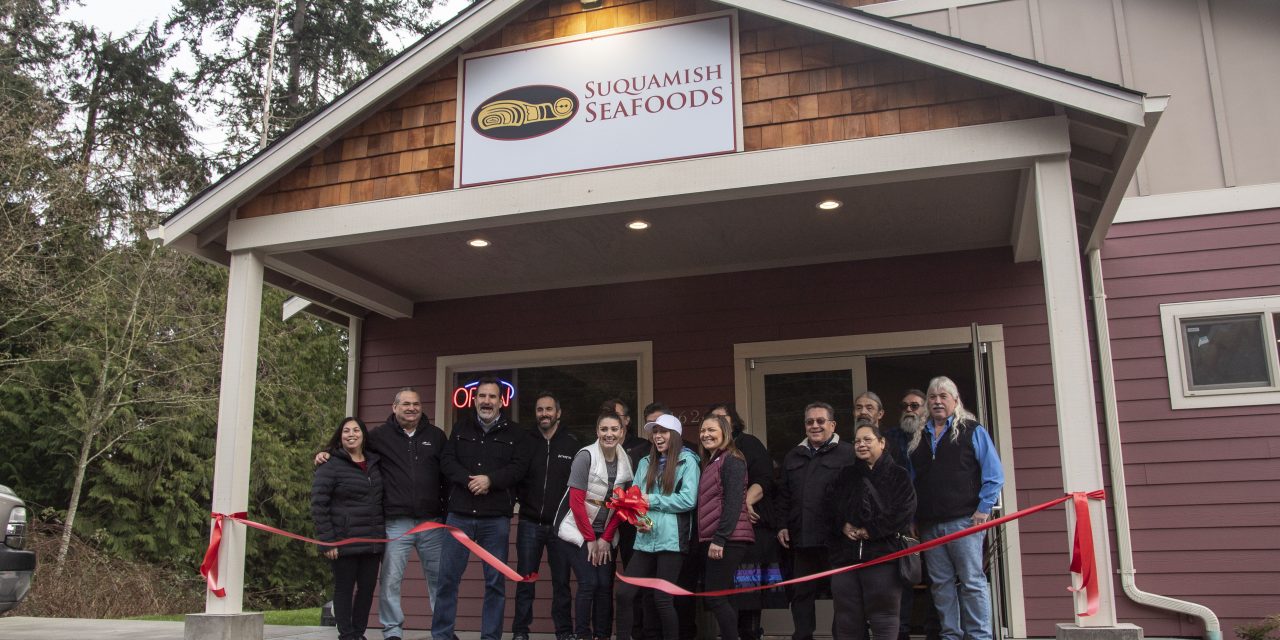 Suquamish tribal fishermen have come a long way from selling their catch individually to passersby on Highway 305.

Locally caught geoduck, salmon, crab and clams can now be purchased fresh or frozen at the tribe’s new seafood shop on Highway 305, operated by Suquamish Seafood.

The 800-square-foot building includes a cold case, freezer and several live tanks from which to purchase seafood. A majority of the seafood sold is caught by Suquamish tribal fishermen, plus specialty products are available, including marinated clams canned by tribal member Lisa Rodriguez.

“The project was twofold: To expand and diversify our retail arm but also provide more opportunities for tribal fishermen, members and elders to have more access to their cultural resources,” said Tony Forsman, Suquamish Seafoods general manager.

“It started as a community effort and it’s going to grow from here,” he said. “And I’m proud to say it’s nearly 100 percent native employed.”

Suquamish Seafoods started selling retail products at its processing plant in 2016 before deciding to expand to a location that tribal members and the public could more easily access, which opened in November.

Suquamish Seafood has primarily processed geoduck since it opened in 1996 but during the past few years, the business has brought in other seafood.

“We wanted to provide a market for the tribal fishermen who harvest this treaty resource and support our fishermen,” said Leonard Forsman, Suquamish tribal chairman. “Plus we have wanted to expand beyond geoduck and have oysters and other seafood available. It’s gratifying to put these traditional foods in our community and make them more accessible for our tribal community, as well as the public, which we know also enjoys these resources.”