State of Our Watersheds: Summer low flows are worsening as wells are added

The proliferation of exempt wells continues across the Lake Washington, Green and Puyallup river basins, despite evidence that salmon are being hurt.

From the State of Our Watersheds Report, released last year by treaty tribes:

Low streamflows are one of many factors that contribute to low productivity and abundance of Chinook and other salmon. Low flows reduce the available habitat for rearing, migration and spawning, and contribute to warm water temperatures. Instream flows in the Cedar, Green and White river mainstems have been protected and restored through tribal settlement agreements with municipal water suppliers. Many important tributary streams, however, currently lack protection and restoration and are in need of streamflow. Greater enforcement of water rights laws, a halt in the proliferation of wells, and greater use of conservation, source exchange, and aquifer recharge strategies are critically needed for salmon habitat and to protect the water rights of state and tribal fish hatcheries.

Private well drilling especially can have an impact on smaller creek, like Bear Creek near Redmond. Again, from the State of Our Watersheds Report:

Summer low flows in the Bear Creek drainage have been reduced by 39%. Private and municipal well extractions in the Soos Creek sub-basin were estimated to equal 52% of the current summer low flow, reducing habitat for Chinook, coho and steelhead. 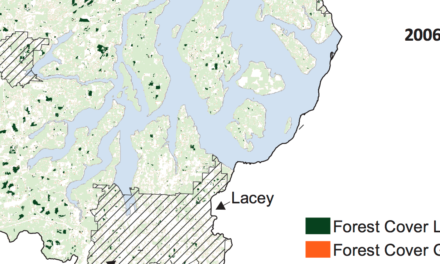 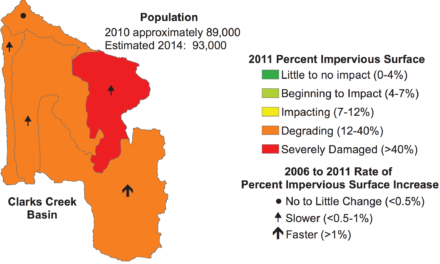