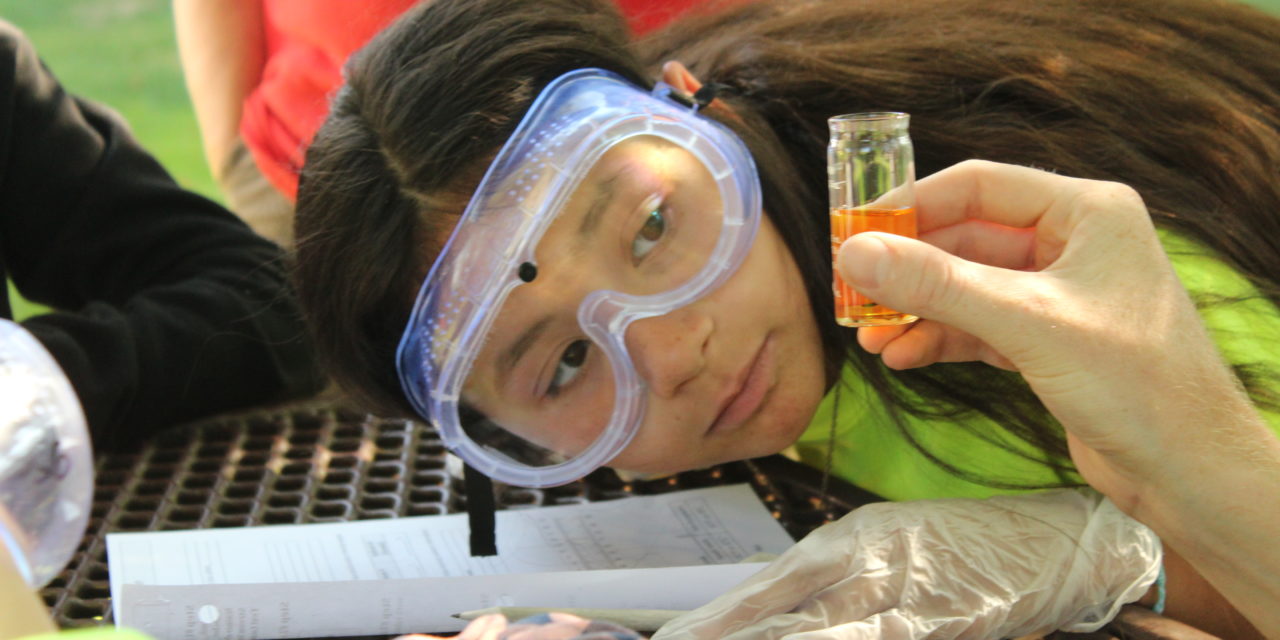 Tribal youth attending a two-day camp on the shores of Budd Inlet learned how ecology and traditional tribal knowledge are intertwined during an hour-long tree tour.

Instructors described the life history and environmental needs of native trees, as well as the ways tribes traditionally used the tree and its cultural meaning.

“It isn’t enough for us to communicate to the kids where an oak will grow or what species depend on a Douglas fir,” said Peggen Frank, executive director of the environmental nonprofit Salmon Defense. “We wanted to make sure they knew that the big leaf maple was the ‘community tree’ because it brings together families with all its uses.”

The middle- and high-school students from tribes around the region also dissected salmon, tested water quality, and made fir needle lip balm.

The camp was part of the Festival of the Steh-Chass, hosted by Salmon Defense, the Squaxin Island Tribe and the Deschutes Estuary Restoration Team. Additional funding came from the Nisqually, Puyallup and Tulalip tribes.

Steh-Chass is the Lushootseed name for Budd Inlet and for the band of Squaxin people that lived there.

The festival included a weekend celebration in Olympia at the foot of the state Capitol campus with musical performances, a procession by the Squaxin Island Canoe Family and guest speakers.

Organizers hope that the festival site will be a future salmon habitat restoration project. “So much of what we’re trying to do here is to put a focus on restoring the Deschutes River estuary,” Frank said.

The state dammed the Deschutes River estuary on Budd Inlet in 1951 to create a reflecting pool for the Capitol building. The dam blocks the tide from reaching more than 300 acres of estuary and forms a reservoir that has little or no practical benefit.

“Many water quality problems in lower Budd Inlet, including a lack of dissolved oxygen, are because of the dam,” Frank said. “The easiest and most cost-effective step we can take to restore salmon habitat in deep South Sound is to take it out.”