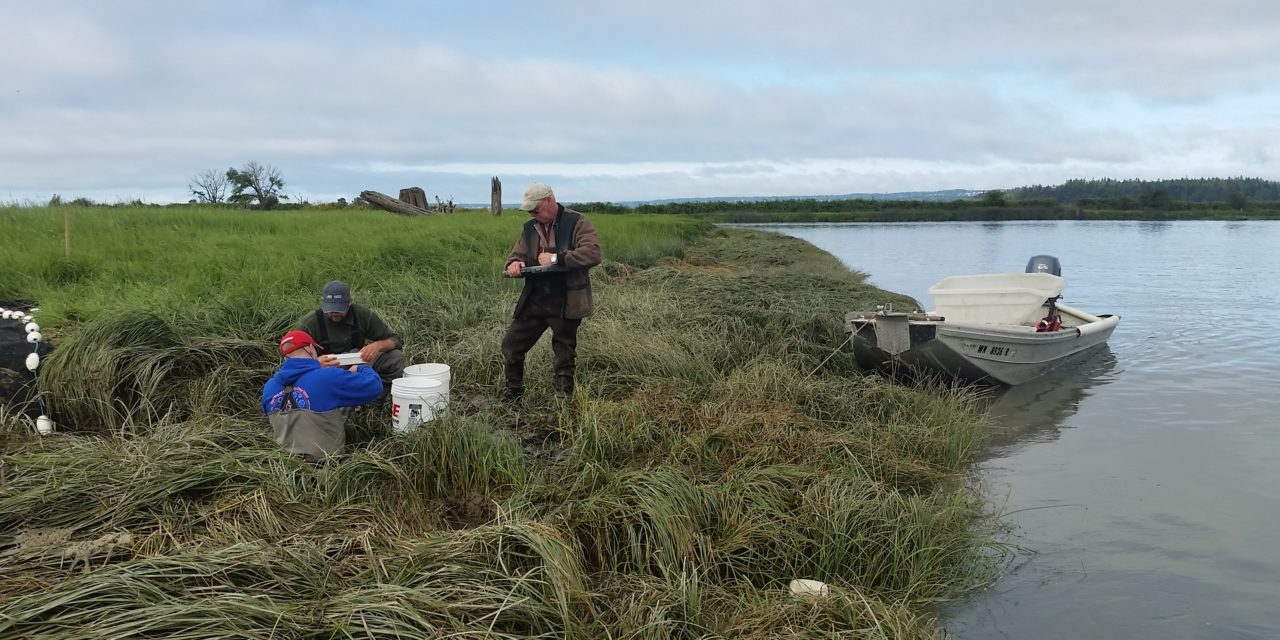 The Stillaguamish Tribe is reconnecting 88 acres of coastal wetlands to tidal influence, while also protecting the surrounding farmland.

“Just like agriculture, we are in the food business, except our crops are fish, wildlife and culturally important plants,” said tribal Chairman Shawn Yanity.

In 2012, the tribe purchased the property along the Stillaguamish River and named it zis a ba for a former tribal chief. Formerly part of Port Susan, the estuary was isolated from the floodplain by a dike built more than 100 years ago to prevent flooding.

“We’ve learned through experience, however, that a healthy floodplain is best for protecting lives, homes and property from flooding,” said Stillaguamish fisheries biologist Jason Griffith. “It’s also good for fish.”

The project will encourage increased habitat complexity by establishing 4.5 acres and 3 miles of tidal channels by 2025. This will provide estuary rearing habitat for juvenile salmon, especially Stillaguamish and Skagit chinook populations that are protected under the Endangered Species Act.

The tribe has received National Coastal Wetlands Conservation and Salmon Recovery Fund Board grants to remove most of the current dike and build a setback levee to protect surrounding property owners.

“The restoration work and setback levee will improve habitat and water quality by allowing the estuary to function more naturally,” Griffith said. “It will bring Puget Sound and the Stillaguamish River together again in this area.”

Among the infrastructure the design aims to protect is a vegetable waste transmission pipeline that runs through the area from the nearby frozen food processor Twin City Foods.

The zis a ba project is part of the Puget Sound Partnership Action Agenda to restore estuarine wetlands to tidal flooding. The 88 acres constitutes about 20 percent of 10-year salmon recovery goal for the Stillaguamish River.

Chinook runs in the Stillaguamish have fallen to as few as 600 fish returning to spawn in the last couple of years. Historically, an estimated 30,000 to 40,000 adult chinook returned to the river, compared to an average of about 1,000 between 2005 and 2014.