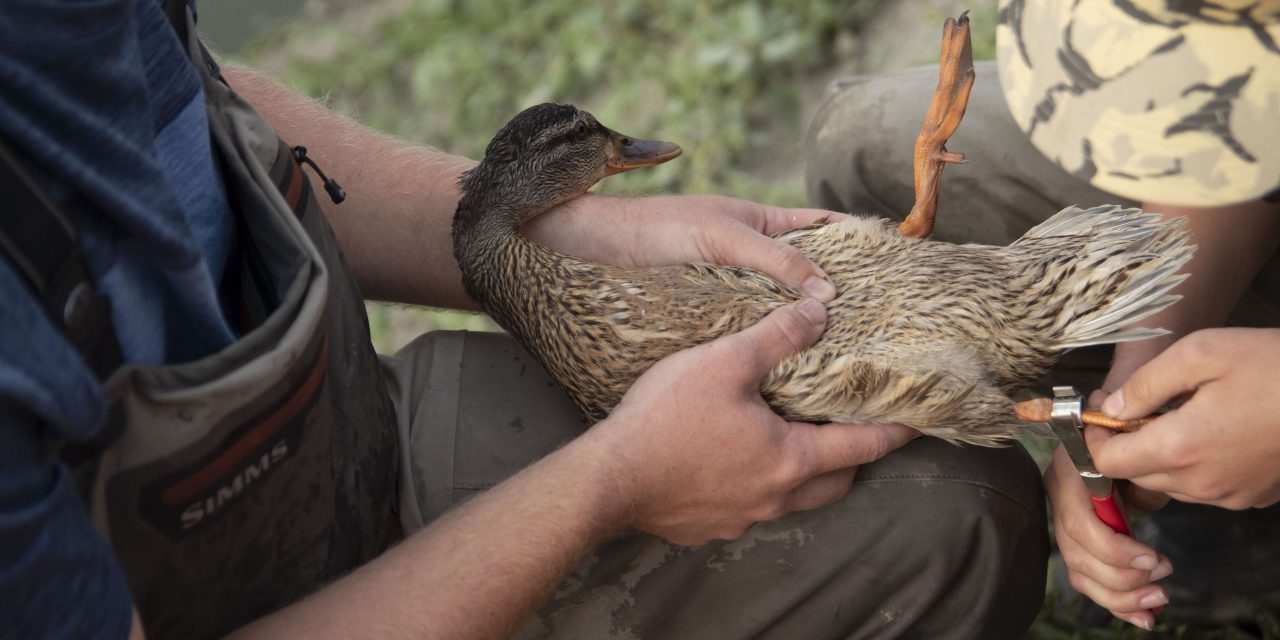 The live ducks had been captured in traps set the day before near the tribe’s zis a ba property, as part of a nationwide program to learn about waterfowl migration routes, distribution, survival and harvest rates.

Beginning in late July, tribal staff set one floating and one fixed swim-in trap in two locations. The sites and the trap designs were selected to maximize efficiency while ensuring the safety of the ducks. After a 24-hour trapping period, the staffers recorded the sex and age of each captured duck before fitting a band around its leg then releasing it. 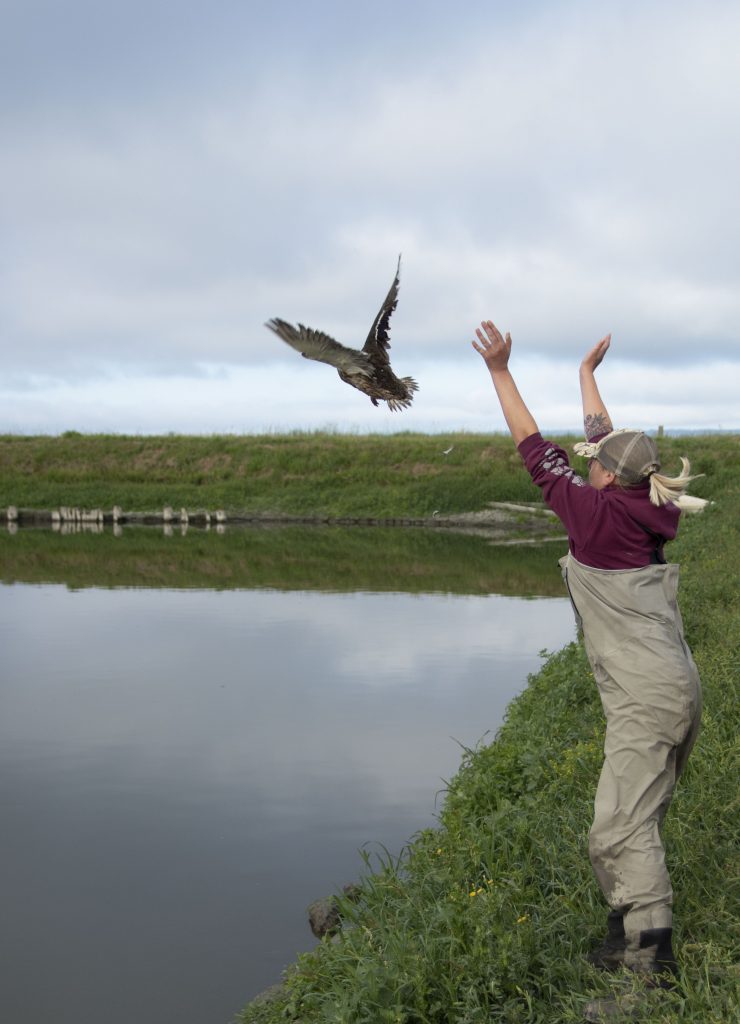 Stillaguamish wildlife biologist Amanda Summers releases a mallard after placing a numbered band on its leg as part of a nationwide tracking effort.

Washington Department of Fish and Wildlife (WDFW) originally gave them 100 numbered metal bands to affix to the mallards’ legs, but midway through the trapping period, the tribe asked for 100 more. The tribe’s goal had been to band 60 to 100 ducks, but the traps were so successful that by mid-August, they had banded 114 mallards and 2 gadwalls, and had recaptured 13 birds.

The banding effort is part of the U.S. Fish and Wildlife Service’s nationwide pre-season banding program. The statewide objective is to band at least 750 mallards a year to estimate survival and sustainably manage harvest. While Port Susan is designated as an Important Bird Area by the Audubon Society, this is the first effort to band ducks in the region.

“Information from these bands will improve our understanding of the area’s productivity and overall contribution to the population,” said Amanda Summers, Stillaguamish wildlife biologist.

The data also will enhance the tribe’s waterfowl and shorebird monitoring effort at zis a ba, where tidal flow was restored in 2017 to increase rearing habitat for juvenile salmon.

“The assumption among estuary managers is that restored mudflats, wetlands and riparian habitat also benefit migratory and resident birds, but little is known about the relationship between salmon-driven estuary restoration and bird response,” Summers said. “These data will help inform our efforts to better understand this question.”

The national Bird Banding Laboratory keeps track of the data from recovered bands, including how long the duck lived and where it traveled along the Pacific Flyway, which extends from Alaska to South America.

There is a website printed on the band with instructions how to report it. Anyone who harvests or finds a dead mallard can keep the band, and the Bird Banding Laboratory will send them a certificate with information about the sex, age, species and where and when it was banded.

“Hunters are pretty excited when they recover a band,” said Jesse Pecor, Stillaguamish wildlife policy lead. “The information we get from them will help improve harvest management.”

Live banded ducks also contribute to the database when they are recaptured in future trapping efforts, or spotted with a scope.

“Bird banding has long been recognized as an important tool that has substantially improved our understanding of many aspects of avian biology and provides critical information for the management and conservation of bird populations,” said Jennifer Sevigny, Stillaguamish wildlife program manager.