The Kitsap Sun published a story looking at the Kitsap steelhead population, based on the recently issued steelhead management plan guidelines released by Washington Department of Fish and Wildlife.

Contrary to what some people think, stealthy fish known as steelhead can still be found in streams on the Kitsap Peninsula — but they are few and far between.

“I’ve seen them, in passing, on my salmon surveys,” said Jon Oleyar, a biologist with the Suquamish Tribe. “Their backs are a steel blue. The males have bright red cheeks and a bright line down their sides. They are absolutely gorgeous.”

A management plan approved last week by the Washington Fish and Wildlife Commission lays out statewide guidelines for protecting steelhead. The next step will be the development of regional management plans. One will be written for Puget Sound steelhead, which are listed as threatened under the Endangered Species Act. 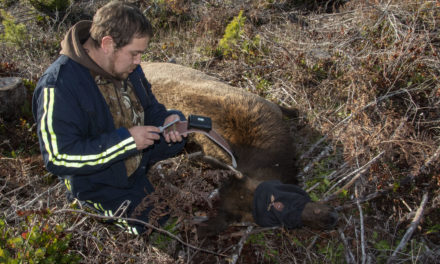