ALLYN – A pair of smolt traps is helping the Squaxin Island Tribe get a better picture of natural salmon production in the Sherwood Creek watershed.

“The Sherwood watershed is one of the most complicated systems in the tribe’s treaty-reserved fishing area,” said Joe Peters, fisheries management biologist for the Squaxin Island Tribe. Tribal biologists are unsure about how many coho are rearing annually in Shumacher Creek, a tributary to Sherwood Creek, which flows into Mason Lake. Sherwood Creek flows out of Mason Lake.

One smolt trap – a safe and effective devices for catching and counting juvenile salmon as they migrate to sea – is installed at the mouth of Schumacher Creek in the upper watershed just above Mason Lake. Another is operating near the mouth of Sherwood Creek close to where it enters Puget Sound.

“By counting the coho that migrate through both parts of the watershed, we’ll get a better idea of how productive the upper watershed is compared to the entire watershed,” said Peters. Tribal technicians mark each of the coho caught in the upper trap so the fish can be identified if they are caught again in the lower trap.

“We’ve had a smolt trap at the mouth of Sherwood for years, so we have a good idea of the total production of the system,” Peters said. “But, we don’t know how many come out of Shumacher into the lake and then how many of those end up leaving freshwater entirely.”

Unlike other salmon species that leave for the ocean almost immediately after emerging from the gravel, coho spend an extra year in freshwater. “Because they spend so long in freshwater, coho are much more vulnerable to habitat degradation,” Peters said.

The two-trap study dovetails with a juvenile coho survey conducted last summer by tribal biologists. Using habitat and stream temperature data, biologists looked for places where juvenile coho were rearing throughout the watershed.

The tribe operates smolt traps on five creeks across the South Sound to track the health of salmon populations. The traps operate until the end of June, when most salmon smolts have migrated to sea. Tribal staff check the traps at least twice a day, noting species types, sizes and lengths. 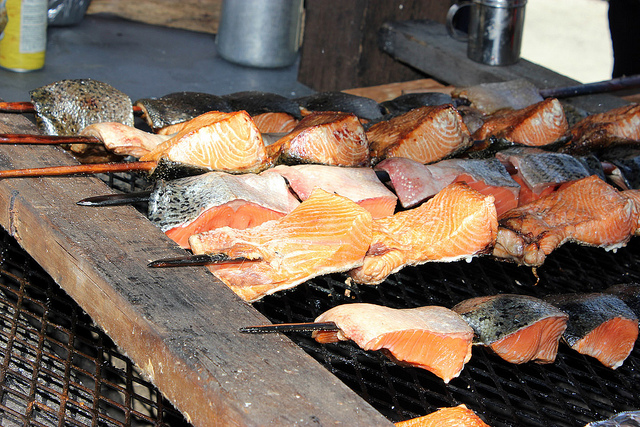