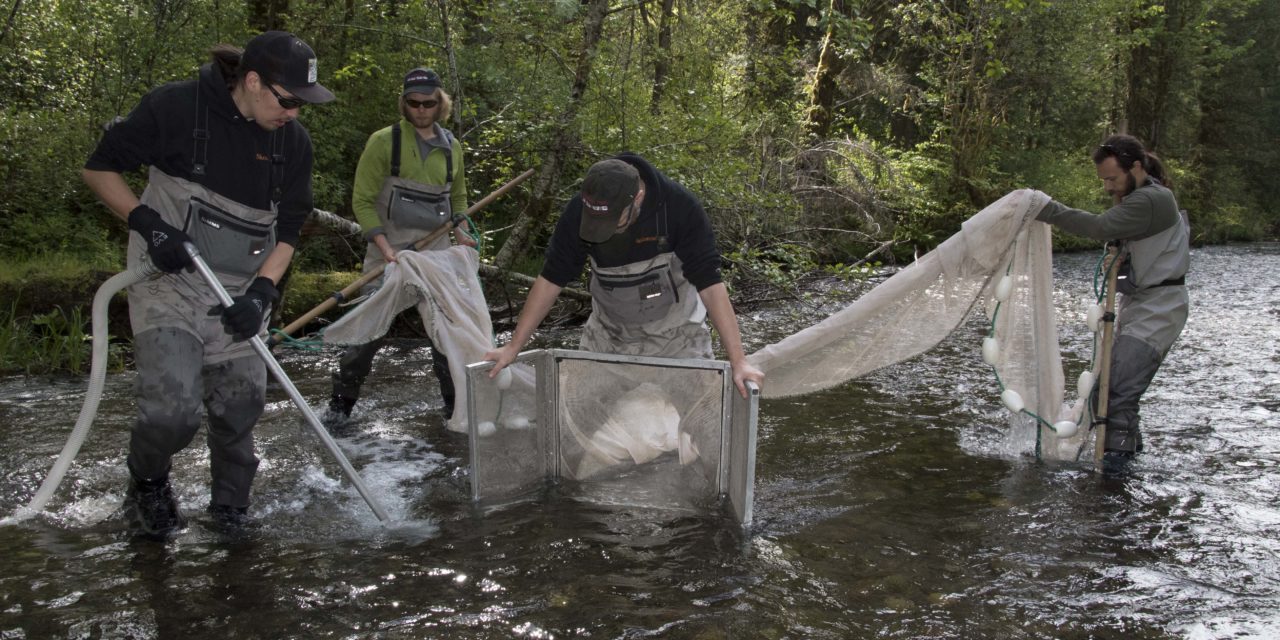 The Skokomish Tribe is collecting winter steelhead eggs from the North Fork of the Skokomish River to help repopulate the run.

The egg collection is part of the tribe’s partnership with Tacoma Power to support the steelhead run with natural stock from the river, said Cindy Gray, the tribe’s finfish program manager.

As part of a 12-year repopulation program that began two years ago, the tribe collects up to 18,000 steelhead eggs annually by pumping them from salmon nests (redds). The eggs are taken to Tacoma Power’s North Fork Skokomish Salmon Hatchery at Lake Kokanee, where they are reared from egg to juvenile stage, then released into the river.

“When the steelhead return to the river as adults, they are allowed to spawn naturally,” said Andy Ollenberg, the Cushman Hydroelectric Project fish facilities manager for Tacoma Power.

The partnership aims to re-establish the steelhead population below the dams. When steelhead show signs of wanting to migrate beyond the hydro facilities, Tacoma staff will transport them above the dams, Ollenberg said.

“Then, after they’ve spawned and the juveniles start to migrate downstream, we’ll gather them in our floating juvenile fish collector at Lake Cushman, transport them around both dams and release them back into the river.”

Since the early 20th century, fish have been blocked from swimming upstream to spawn because of the utility’s two hydroelectric dams. The structures also impacted water flows, degrading salmon habitat.

Swinomish hope for biodiesel from sunflowers