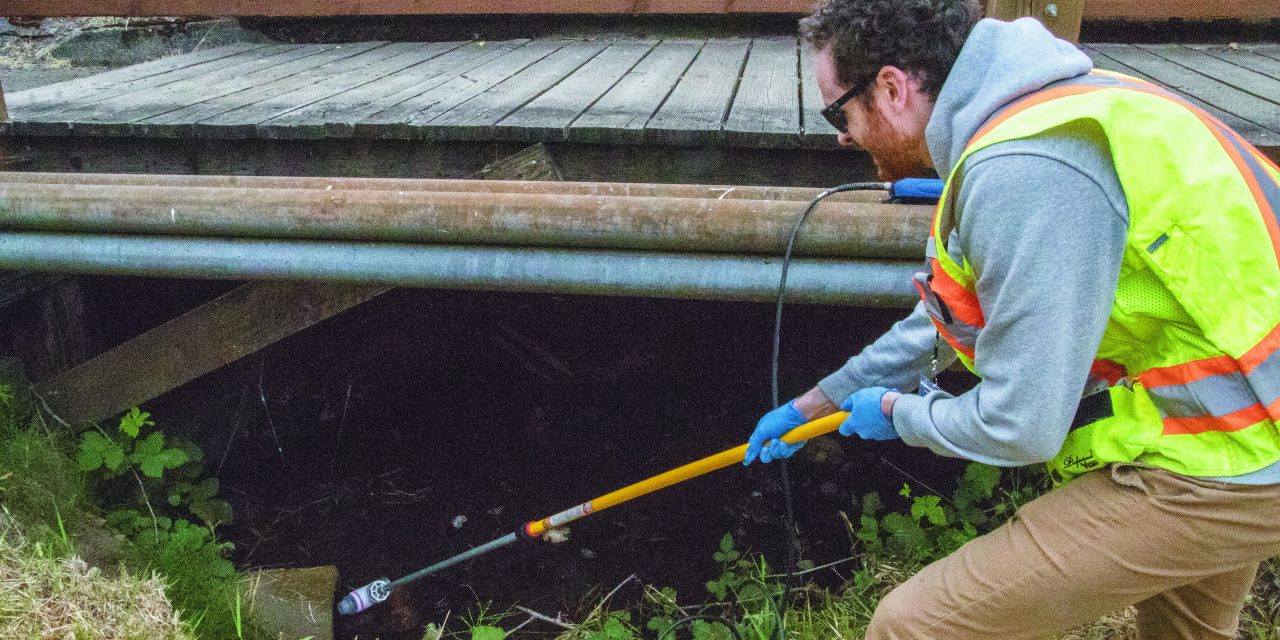 The Skokomish Tribe is making sure that the water emptying into Hood Canal is safe for tribal members and recreational users.

For years, the tribe has been testing for the presence of E.coli and fecal coliform in streams that empty into the Skokomish River and Hood Canal.

At each location, he collects a sample and measurements such as temperature, dissolved oxygen and pH. The samples are sent to the water quality lab at the Thurston County Public Health Department.

The results are evaluated to assess the severity of pollution and potential cause, he said.

“High levels of pollution during a long dry period with no rain indicates a source other than surface runoff, such as a failing septic,” he said. “High levels after the first rain after a long dry period are a strong indicator of surface runoff pollution, which happens almost every time we have an event like that. There is a significant amount of runoff pollution from the land use practices in Skokomish Valley.”

The tribe’s natural resources department works with local and state governments to investigate these issues when they are outside of the reservation boundaries, which is often the case, Sammons said.

Julian Sammons, the tribe’s water quality specialist, takes a sample from a creek in Hoodsport that drains into Hood Canal. The sample will be tested for E.coli and fecal coliform. Photo: Tiffany Royal