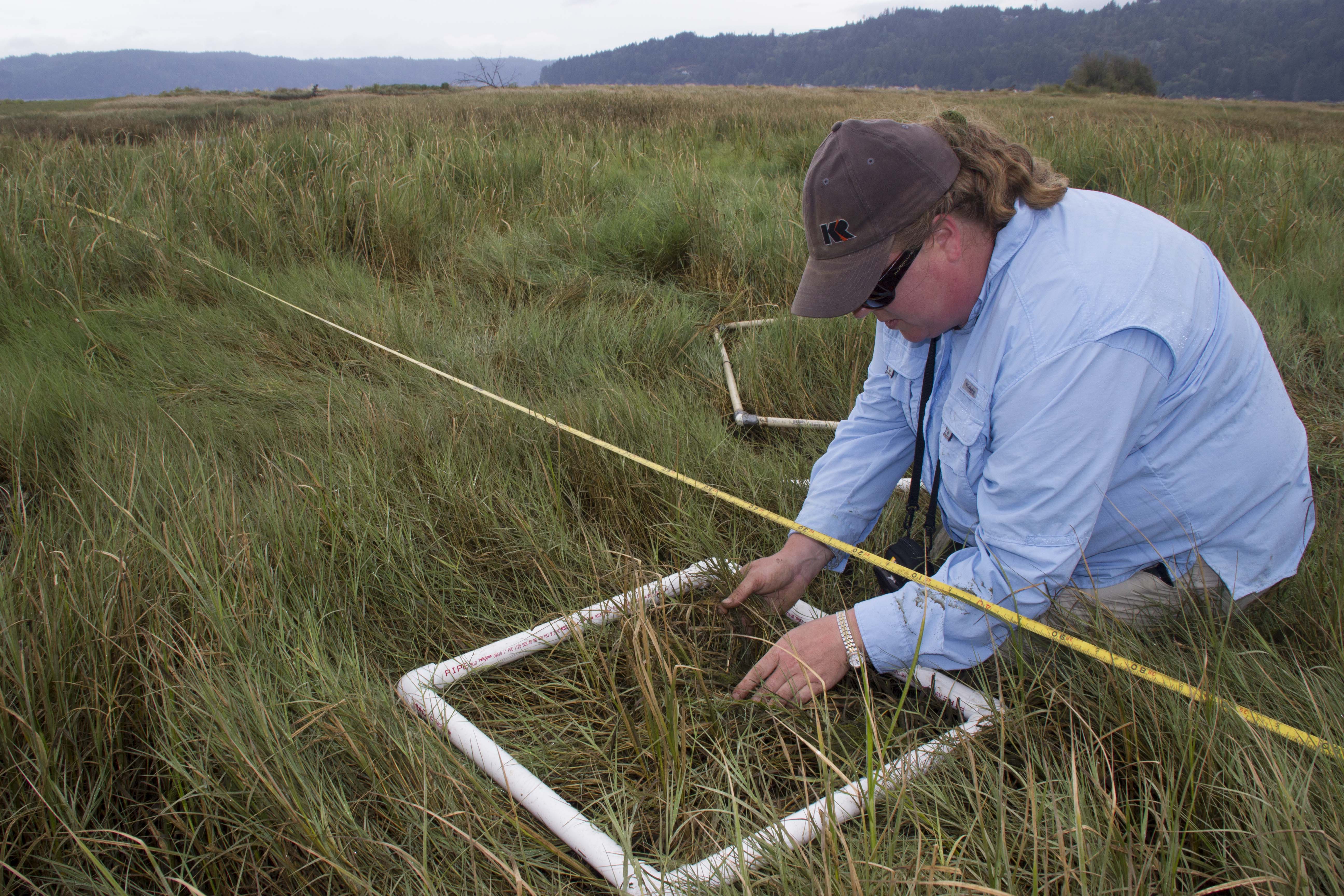 With just a few more earth-moving projects left, the Skokomish Tribe is nearing the end of the restoration of its 1,000-acre estuary in southern Hood Canal.

The tribe is in the third and final phase of restoring the estuary that was once dominated by dikes and agricultural activities for more than 70 years.

“This summer and next, we are reconnecting the historic hydrology between the forested wetlands and the salt marsh, which is pretty much what phase three is all about,” said Alex Gouley, the tribe’s habitat program manager. “Right now, there isn’t enough flow and hydrology for it to happen naturally, so we’re kind of helping it along.”

In 2015, contractors filled in man-made ditches and recreated historic tidal channels for salmon to use when making their way into fresh water. Box culverts were installed under the access road to Tacoma Power’s transmission towers that are stationed on the estuary.

In 2016, small fish-blocking culverts will be replaced with bridges on Skokomish Flats Road, the primary access road to the estuary.

After that, it’ll be left up to nature.

“After this phase, the estuary will be pretty much restored to nearly like it was before it was diked,” Gouley said. “Then it will just be letting nature take over fully.”

As construction wraps up, the tribe’s habitat and salmon biologists will continue monitoring the changes that have been taking place since 2007 when the first dikes were removed. Biologists have been counting the number of salmon returning to tidal channels and observing birds utilizing the resurgence of native plants.

Since dike removal, native vegetation is flourishing throughout the estuary, said Lisa Belleveau, the tribe’s habitat biologist. The plants provide habitat for marsh birds, juvenile fish and crab, as well as deer, elk, bear and coyotes.

“We have observed an overall accumulation of sediment of a little more than an inch across the estuary,” Belleveau said of sediment monitoring from the tide flows. “This helps build elevation that creates an environment capable of supporting more salt marsh vegetation.”

After 80 years as a farm and private duck hunting area, the tribe acquired the property in the mid-2000s as part of a settlement with Tacoma Power’s hydroelectric project, and started to restore it back to its proper function as an estuary in 2007.

To see more photos, see the Flickr album for this story.

Puyallup Tribe, pink salmon and the salmon cannon on the White River