Four treaty tribes are concerned about the impacts of a lawsuit about state-raised steelhead:

The Upper Skagit Indian Tribe, Lummi Nation, Stilliguamish Tribe of Indians and Tulalip Tribe say if Fish and Wildlife withholds the hatchery fish in May, it would affect their already restricted fisheries, which are backed by treaty rights.

But the tribes say the organization failed to consider habitat loss, which is at the heart of the wild population’s detriment, when it took the matter to court.

“The sportsmen and the tribes depend on these hatchery steelhead and we all need to take a step back so we can use the best available science instead of making these rash decisions especially when habitat and other factors are a larger problem than these hatchery fish,” Tulalip spokesman Ray Fryberg said in a prepared statement.

Canoes Take Off For Annual Journey This Week 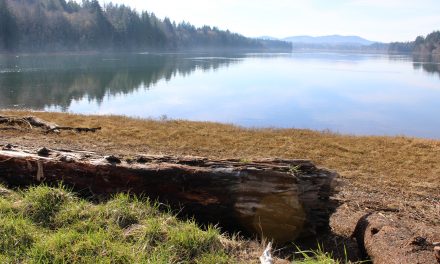 Salmon Harvest Making Its Way To Those Most In Need