Carl Burke, a contract lobbyist working for Puget Sound Anglers and the Northwest Sportfishing Industry Association, made a strong statement about how his employers feel about the North of Falcon process during a recent state senate workshop yesterday.

The issue we have with the tribes occasionally, specifically in the North of Falcon, is when they refuse to share the burden of conservation with us and pass it on unilaterally to us.

We philosophically have a very difficult time senator understanding trying to understand why citizens of this state in a metropolitan area cannot have access to hatchery salmon fishing with barbless hook, releasing any fish they encounter while the tribes continue to fish non-selectively on the very stocks we’re denied access to.

You can watch his comments here:

That’s an interesting comment to make given the facts on the ground during this year’s salmon fishing seasons negotiations.

In fact, according to a state Fish and Wildlife official earlier in the hearing, sports fisherman only saw a 1.5 percent cut in their fishing days in this year’s fishing package. This is in contrast to the sacrifices tribes have made to protect salmon.

Also, in the very same hearing Greg Miller, from the Washington Trollers Association, pointed out that the Makah Tribe made vital cuts to their modelled chinook impacts to ensure fisheries (both sport and tribal) in Puget Sound could occur.

Lorraine Loomis, chair of the NWIFC, pointed out vital cuts made by the Muckleshoot Tribe just last year, while sport fishermen continued to fish:

The Muckleshoot Tribe, which tracks salmon migration into the lake through the Ballard Locks, quickly realized the extent of last year’s low returns and took action to protect the remaining fish. The tribe sharply reduced or eliminated planned harvests, including culturally important ceremonial and subsistence fisheries. But by then most of the damage had already been done. Despite tribal sacrifices, Lake Washington wild chinook populations were further diminished and hatchery egg-take goals were unmet. 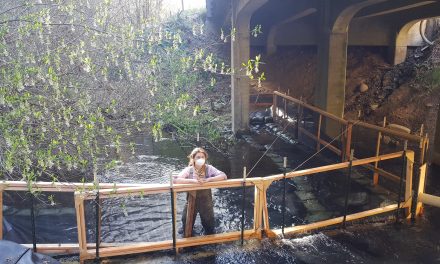