The biggest sockeye run in nearly a century — 25 million fish — is headed back to British Columbia’s Fraser River and its tributaries. It’s a bonanza for American and Canadian fishermen, who are more used to squabbling over how to divide up a declining resource.

In 40 years of dropping nets into Washington waters, Ray Forsman has never experienced fishing like this past week.

He headed off early in the morning to the fishing grounds, and in two brief sets of his purse-seine net, filled up his boat with 70,000 pounds of sockeye. The fish, yielding ruby-red fillets, were worth more than $100,000.

A couple of days later, he quickly filled up his boat once again.

“I have been so engrossed in getting this job done that it hasn’t all sunk in,” said Forsman, 68, a commercial fisherman with the Suquamish Tribe near Kingston. “This is history. Just overwhelming emotions.”

These fish are part of the biggest sockeye run in nearly a century to head back to British Columbia’s Fraser River and its tributaries. An estimated 25 million fish have returned, more than double preseason forecasts.

The runs are yielding an unexpected bonanza for U.S. and Canadian commercial fishermen who are more used to feuding over dwindling shares of a declining resource.

View photos of the fishery in the San Juans on the NWIFC Flickr feed. 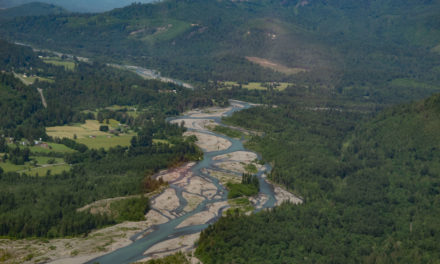