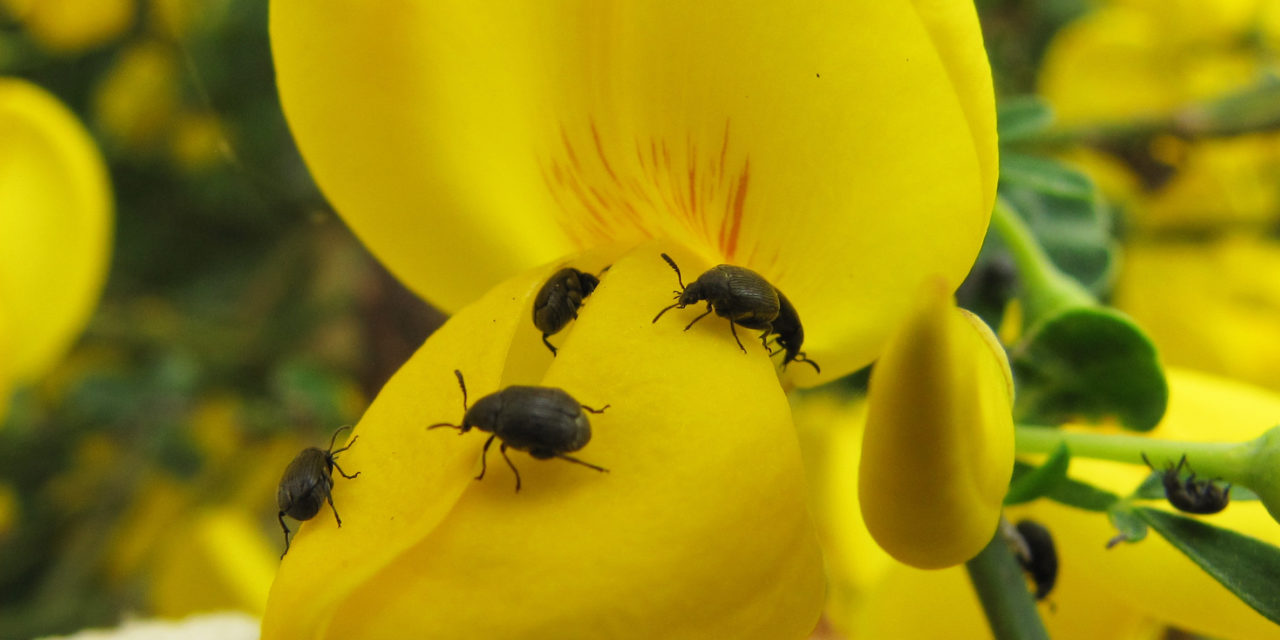 Northwest tribes are using seed-eating insects to manage the spread of Scotch broom, one of Washington state’s most invasive species.

“It’s a seed reduction technique using biocontrol,” she said. “Scotch broom seeds can remain viable for up to 30 years, even if the soil conditions aren’t perfect, like on roadsides, which is likely why the plant is so prolific.”

Washington State University (WSU) Extension is providing the seed-feeding beetle to noxious weed control groups and other tribes, including Snoqualmie, Swinomish and Makah.

The weevil isn’t distributed as often because it is not as abundant as the beetle, said Jennifer Andreas, the WSU Extension Integrated Weed Control Project director. The beetle is the more dominant species at most sites and likely more effective at reducing seed production.

The insects are native to Europe. Any biocontrol agent released in North America must go through extensive testing to make sure it will not attack native plants or crops before being released, Andreas said. Typically, when biocontrol agents successfully reduce a weed population at one site, they will fly to other weed populations or perish, and not move on to other plant species.

The insects, the size of pinheads, feed on the flowers in the spring before laying eggs within the seedpod. Weevils insert eggs into the seeds, and beetles glue eggs on the outside of the seedpod wall. The larvae of both species nestle inside the developing seed to feed and then pupate within. Newly formed adults are released from the seedpod when it bursts open to release the seeds.

The tribe was given 600 beetles by WSU for dispersal this spring. The insects were released at three different sites on the reservation that won’t be mowed or sprayed with herbicide: the Upper Housing and Spokwes neighborhoods, and a horse pasture on Elwha Road.

In the late summer, just before seed dispersal, the tribe will collect a sample of pods for WSU to dissect to see how many seeds were attacked by the beetles.

“Our purpose is to boost the insect population and try to make a dent in the seed distribution,” Williams said.

The only way to get rid of the plants and seeds otherwise is to compost, spray or mow, because if the seeds are allowed to disperse, they spread and survive, she said.

The Scotch broom insects do not destroy the current stands, or feed on seeds already in the soil. Over time, as plants start to die off naturally, there will be fewer seeds in the soil to germinate and continue the population.

“Although we are still analyzing the data, we know that some sites can have more than 90 percent of the seeds reduced by the biocontrol agents,” Andreas said. “Reductions at that level may have long-term implications for future Scotch broom populations.”