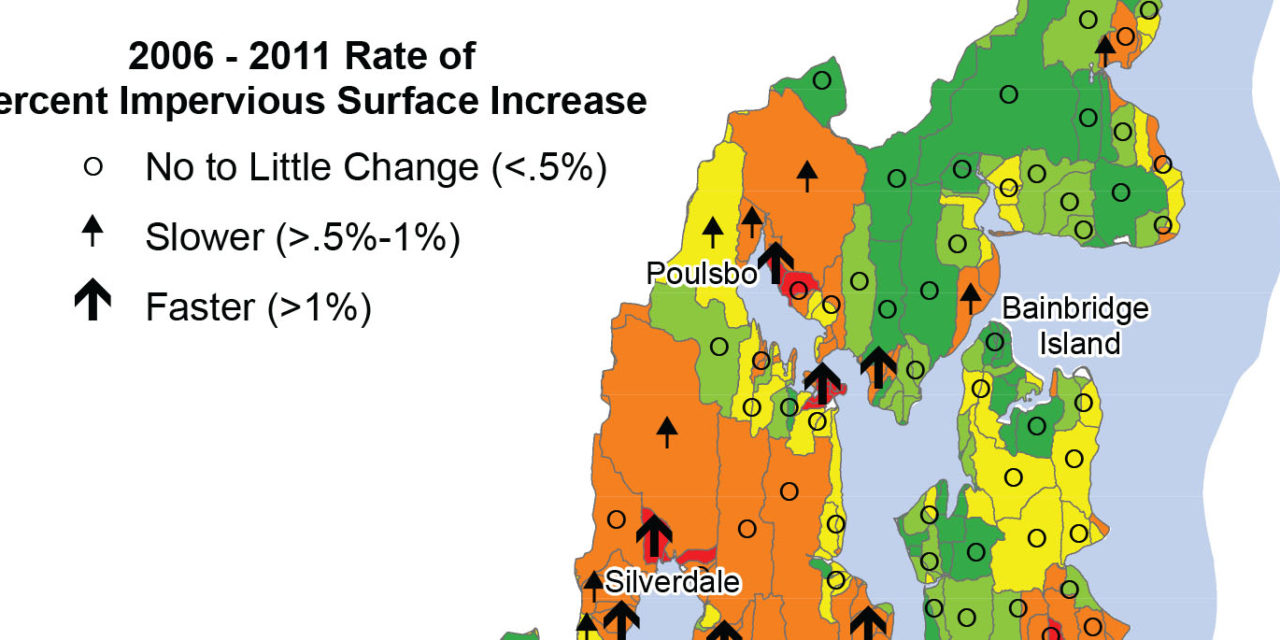 The Suquamish Tribe takes a closer look at that in the 2016 State of Our Watersheds.

Specifically in urban areas such as Poulsbo, Silverdale, Gorst and parts of Bremerton and Port Orchard, impervious surface data for East Kitsap shows a trend toward degrading watershed conditions.

The increase in the number of these kinds of artificial structures within urban watersheds threaten natural and built environments, including increased stormwater runoff, decreased water quality, degraded and destroyed marine and land habitat, and diminishing aesthetic appeal of streams and landscapes.

Even more so, about 75 percent of the toxic chemicals entering Puget Sound are carried by stormwater runoff that flows from various structures, including paved roads, driveways, rooftops and other developments.

Area of increased impervious surface resulting from build-outs from 2006-2011 in South Kitsap County.

3) Adding rain gardens to populated areas to encourage the recharge of aquifers by returning more water directly into the ground instead of allowing flow into surface streams or other waterbodies. Rain gardens can slow down stormwater moving off properties, making for less flooding and erosion in streambeds, protecting salmon, and providing more clean water in the ground, lakes and streams. 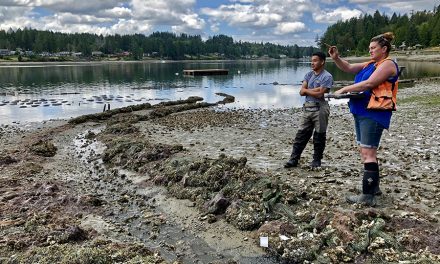