The always great Turtle Talk blog has links to all the appropriate legal documents.

The ruling, issued Friday by U.S. District Judge Ricardo Martinez of Seattle, is expected to accelerate the replacement of about 1,000 culverts managed by the Washington Department of Transportation and other state agencies.

Lars Erickson, spokesman for the transportation agency, said agency staffers must review the 35-page decision and seven-page injunction to see how it will affect his agency’s budget and ongoing plans for highway construction.

Previously, the transportation department estimated that the cost of fixing all the problem culverts in Western Washington at about $1.9 billion. As a practice, the department has been replacing culverts as state highways are widened or upgraded. In addition, a stand-alone program to fix other culverts grew from $7.8 million in 2001 to $23 million in 2011, but there has never been a firm target date for fixing all the culverts.

The new ruling grew out of a lawsuit brought by 21 Western Washington tribes. The case is an offshoot of the landmark 1974 Boldt decision, which determined that treaties signed in the 1850s guarantee tribal members the right to take half the harvestable salmon in Washington waters.

“The tribes have demonstrated … that they have suffered irreparable injury in that their treaty-based right of taking fish has been impermissibly infringed,” Martinez wrote in his latest ruling. “This injury is ongoing, as efforts by the state to correct the barrier culverts have been insufficient.”

“This culvert case is a ringing of the bell, OK you got to wake up,” said Ron Allen, chairman of the Jamestown S’Klallam Tribe. “We have to protect and restore the environment while we continue to look creatively for ways to develop new job and industry opportunities.”

Martinez ordered the state departments of fish and wildlife, parks, transportation, and natural resources to accelerate work to remove, replace and repair about 1,000 culverts to help restore salmon runs within 17 years. 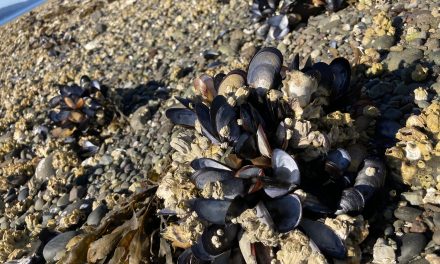 Heat dome found to be deadly for some shellfish species, but not for others