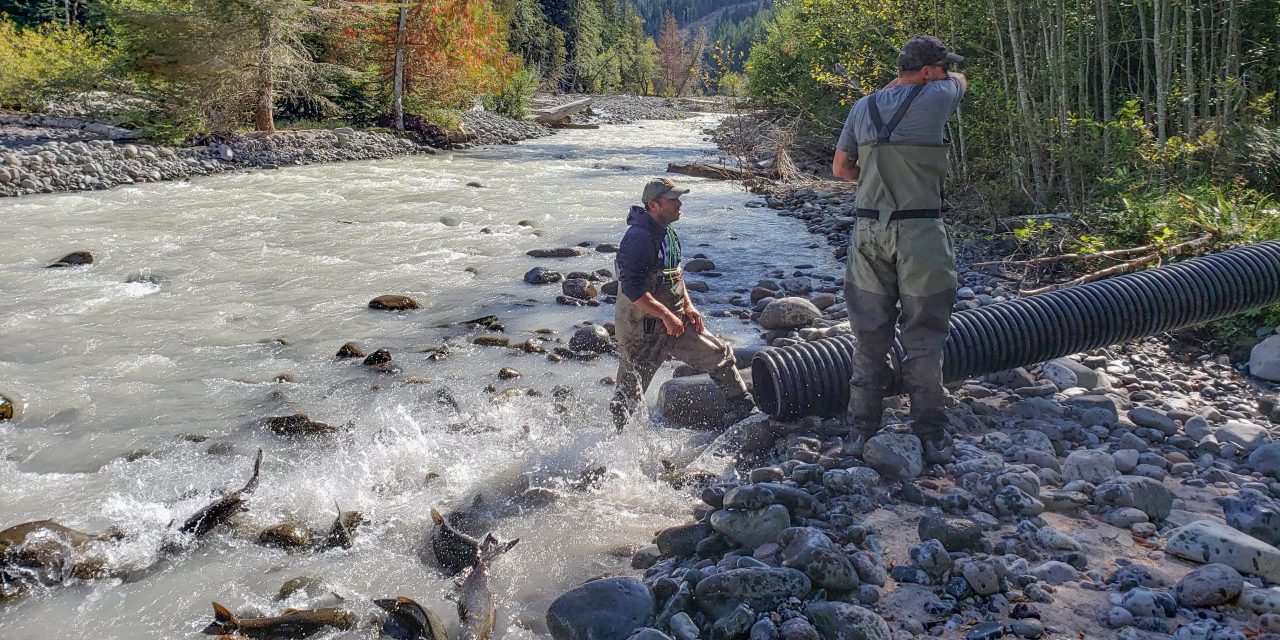 Not only did the program release more adult chinook than it has in the past 20 years, but for the first time, some of the transplanted salmon came from the tribe’s Clarks Creek Hatchery.

“This year, we had enough surplus out of our own hatchery. It’s the first time we’ve been able to haul our own fish out,” he said. “Our goal is to put them in places where there are no fish spawning. We release them live and have them spawn in the watershed. We put a lot of effort into that.”

From mid-September to early November, the tribe’s tanker trucks made 33 trips to plant about 2,500 chinook and 3,500 coho along the mainstem of the Puyallup River and tributaries such as the Mowich River.

“Hatchery fish do know what to do (in the wild). You don’t have to spawn them,” Smith said. “They can do it on their own. If you don’t have any fish on the spawning ground, it makes sense to put them there.”