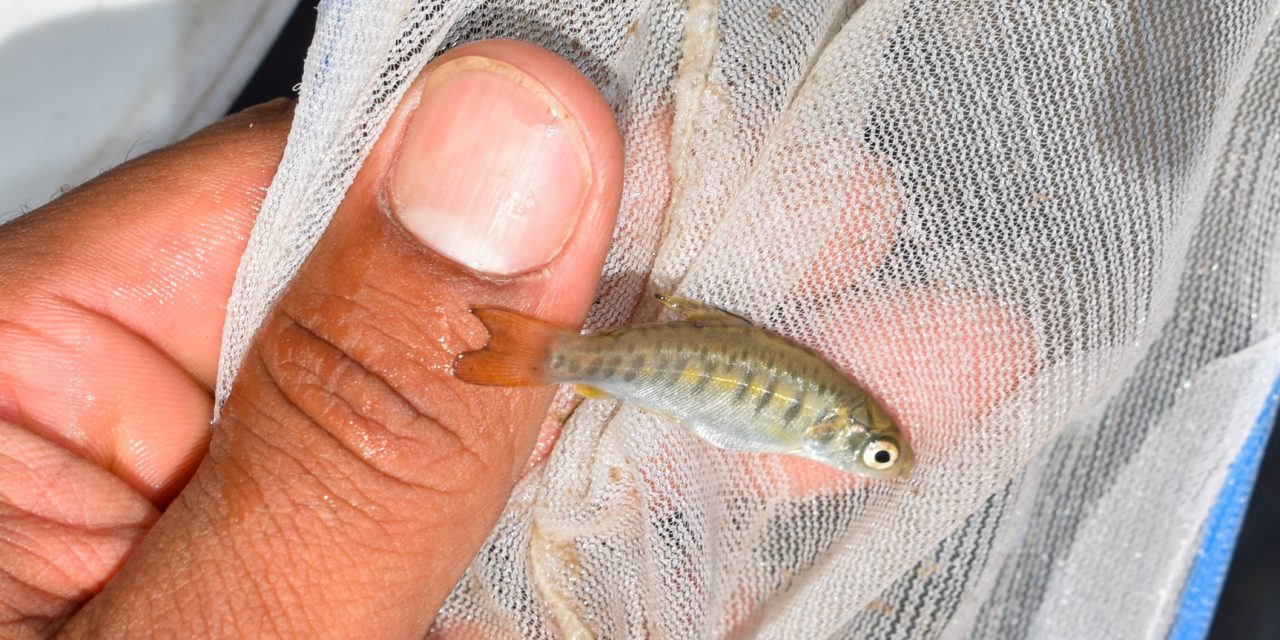 Along the North Fork Nooksack River, gravel shores are left wanting—particularly while they bake in the sun during the summer months—for the shade, stability and variety of habitats riverside trees can offer. Part of the problem is a lack of logjams accumulating naturally. Here, since large logjam structures were removed for river navigation and river-adjacent forests were cut down after European settlers arrived, the ecosystem has struggled to replenish that resource.

The Nooksack Indian Tribe is working with partners to put the pieces back together in areas important to threatened Nooksack chinook salmon. One such area is at the confluence of the North Fork of the river and Maple Creek. Whatcom Land Trust owns much of the land along lower Maple Creek, as well as along the left bank of the North Fork, and is a key partner in restoration in that area. Over the summer, the tribe had contractors sandbag, dig, bundle logs and build engineered logjams at strategic locations in the reach.

“It’s a lot harder to put logjams back in than it was to take them out,” said Eric Stover, the tribe’s watershed restoration coordinator. 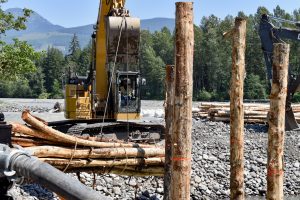 Contractors used heavy machinery over the summer to place engineered logjams along the river.

The primary goal is to restore habitat that will in turn sustain and grow the natural-origin chinook population to levels that could again support sustainable harvest. The numbers of returning fish are currently a tiny fraction of historical estimates. An average of 152 adult fish returned per year between 2015 and 2019 compared to historical returns estimated in the 26,000-fish range.

The chinook of the North and Middle forks of the Nooksack River are a genetically unique population. That population is a subgroup of the broader Puget Sound chinook species protected under the Endangered Species Act because of low numbers of returning fish. Although the tribe manages a limited subsistence fishery, it hasn’t directed commercial harvest on this salmon population since the late 1970s.

In the North Fork, the primary factors limiting the growth of the chinook population are shoreline instability and a lack of protected side channel habitat. When adult fish come to this area and spawn, their fertilized eggs are left vulnerable to being washed downstream during high flows and flooding. Young fish emerging from those eggs are similarly vulnerable to strong streamflows because of the lack of slower-moving side channels to offer refuge. The restoration underway this year is designed to restore a key element—large logjams—that helps to stabilize the river and diversify fish habitat.

The construction—which will bring 17 logjams to about a half-mile segment of the river and its floodplain near the town of Maple Falls—is the second phase of restoration in the area. Last year, the tribe completed similar work that brought 22 logjams to a 0.3-mile span of the river just downstream of the current construction.

Stover said the logjams have proven to be sturdy additions to the river system, surviving even the flooding that swelled the river in November 2021. This latest work in the Maple Creek reach marks the tribe’s 22nd logjam restoration project.

Above: A young salmon removed from the project site before construction is released back into the river. Story and photos: Kimberly Cauvel 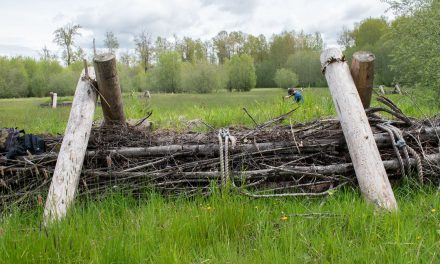