Remembering the Paddle to Seattle

Canoes are scheduled to land Monday, July 25 at Swinomish for this year’s Tribal Canoe Journey. Over the weekend, Marylin Bard, daughter of noted Quinault educator Emmett Oliver, spoke at Coast Salish Day in Bellingham about the birth of the modern Canoe Journey in 1989.

From the North Kitsap Herald:

The Suquamish and the Duwamish were the host tribes for this event. Canoes were to come from Washington and Canada to Suquamish, the official host of the final leg of the Quileutes’ two-week voyage to Seattle. The flotilla of Native canoes would then make a seven-mile journey from Suquamish to Golden Gardens Park on Shilshole Bay on Friday, July 21, 1989, where the Duwamish would host them to come ashore.

The Heiltsuk delegation from Canada and the Hoh from the Pacific Coast of Washington joined up with the Lummi as they continued their journey south, gathering strength with the Nooksack, Upper Skagit, Swinomish, Samish, Tulalip, to give support to their Native sisters and brothers of Washington state. The canoes from other tribes included the Lower Elwha Klallam, Port Gamble S’Klallam, Skokomish, Puyallup, Nisqually, and United Indians of All Tribes.

The state said, in 1985, dugout canoes were almost a lost art in the Pacific Northwest, found mostly in museums. The idea was to have the tribes carve their own canoes, assemble at a rendezvous, paddle across Puget Sound to Seattle on a bright summer day, camp in a park, and spend two days canoe racing on the sound and enjoying time together celebrating cherished features of Northwest Coast culture. 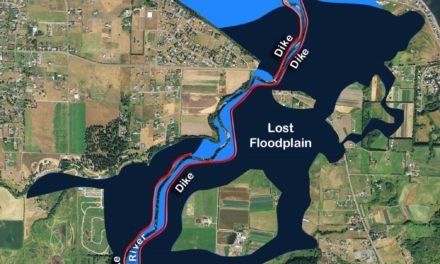 How bad habitat leads to you not fishing