QIN provided a key site for a radar station for NASA’s Olympic Mountains Experiment (OLYMPEX), which is using mobile radar, rain gauges and instrument-bearing airplanes to measure storms on the Olympic Peninsula.

The ground validation field project is designed to verify satellite measurement of precipitation from a group of satellites known as the Global Precipitation Measurement (GPM).

The Olympic Mountains have a pattern of heavy rainstorms that come from the ocean. As the rain-filled clouds are forced up the mountains, the varying amounts of rain create many microclimates. A few miles distance can mean a difference of 10 or more inches in annual rainfall.

For example, the city of Forks receives more than 100 inches of rain a year while 60 miles away, Port Angeles receives about 30 inches. The Olympics create a “rain shadow” on the eastern side of the mountains because the rain has been wrung out like a sponge on the coastal side.

OLYMPEX’s technology has been tested in other, drier climates that don’t have the variability of the stormy Olympic Peninsula. Understanding whether satellites can make fine distinctions in rainfall and snow fall and weather patterns will go a long way to improving weather and climate predictions, especially in places in the world where few ground instruments exist. Along with the radar site, there are numerous rain gauges and smaller weather stations on QIN lands and all over the Olympic Peninsula being used in the study.

After a number of meetings with NASA representatives, the QIN council approved a short-term lease agreement for a radar site on the reservation. “They said they wanted a site for radar that would provide a view up the Quinault valley as well as the sea,” said Dave Bingaman, director of Quinault’s Natural Resources Division. “We had a couple of tribal employees helping find locations who had a place in mind right away and it was exactly what they were looking for.”

The testing is occurring from November through January. “The Nation believes that while there may not be an immediate benefit, the information is going to be vital to providing better weather predictions for our fishing fleet,” Bingaman said. “The information about climate change can give us time to prepare for the future.”

“They had weather balloons and planes up,” Bingaman said. “The site where the radar is located is about 100 feet by 100 feet and leveled to provide a stable platform.” The local OLYMPEX website is located here.

Wash. Post: As salmon vanish, so does Native heritage 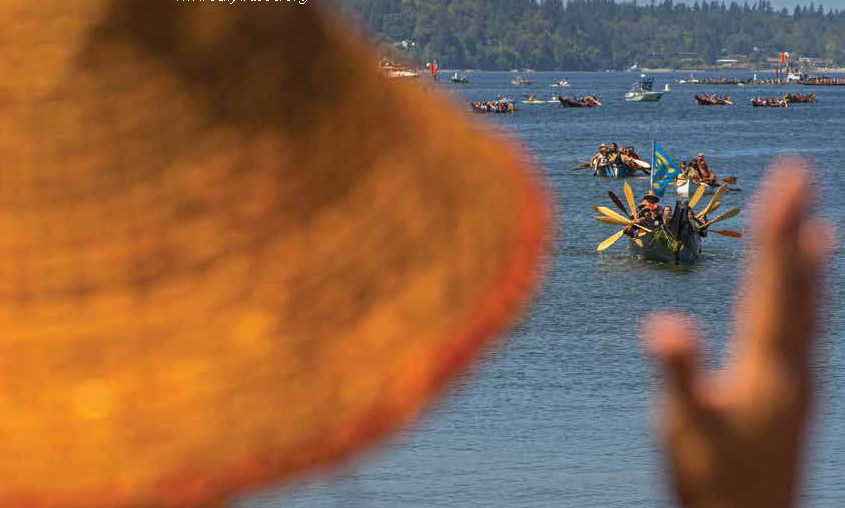