GREENWATER (September 19, 2007) – The Puyallup Tribe of Indians is building a new acclimation pond for juvenile chinook in the upper White River to replace two ponds that were destroyed during winter floods.

“Thousands of adult chinook return to the upper watershed of the White River,” said Blake Smith, hatchery biologist for the Puyallup Tribe. “There is a lot of great habitat up here, we want them to take full advantage of it.”

White River chinook have been rebounding from historical lows of only a few dozen twenty years ago. In recent years, those runs have consistently averaging 1,565 a year since 2000. Puget Sound chinook are listed as “threatened” under the federal Endangered Species Act.

This year the tribe was forced to scatter-plant almost half a million juvenile chinook across the upper watershed. “Scatter planting the chinook isn’t as effective as holding them in ponds for several weeks,” said Smith. “But, with the lack of space, we didn’t have any other options.”

The Puyallup Tribe tracks chinook migrating to the upper White River watershed by counting them as they pass upstream through an adult salmon trap near Buckley and during spawning surveys. The tribe also conducts spawning surveys to determine where the chinook eventually spawn.

“It’s not only important to get adult chinook up here, but also to make sure they have spawning habitat to return to,” he said. “Chinook need good spawning and rearing habitat if they’re going to recover.” 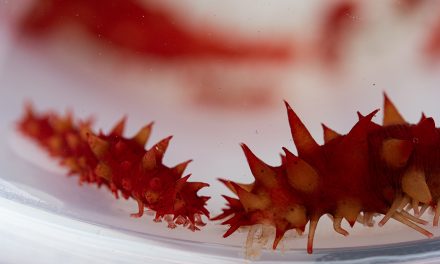