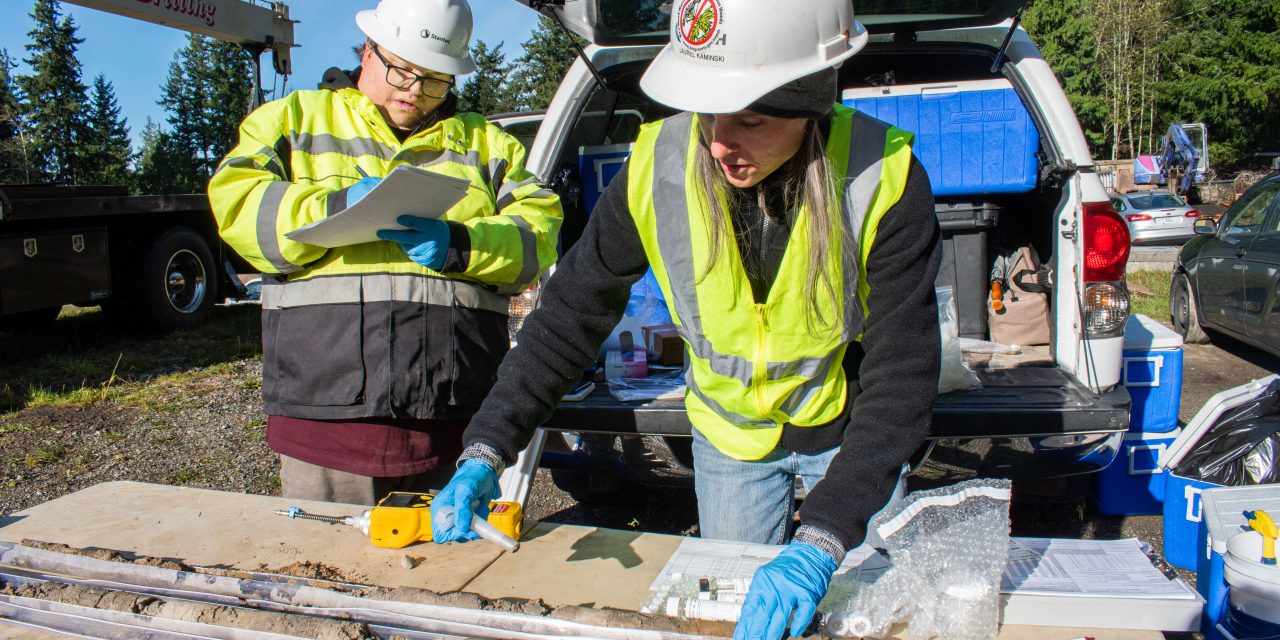 The Port Gamble S’Klallam Tribe has been digging deep to make its reservation safer for the community.

In its latest effort to identify and remove contaminated soils from the reservation, the tribe tested five areas as part of its brownfields program in fall 2021.

Brownfields sites are areas that are perceived to be polluted or contaminated based on history of use but are not confirmed until tested. If they test clean, they’re removed from the cleanup list. If contamination is found, a cleanup plan and reuse plan is developed for the site, which can allow the land to be used in the future.

This is part of the tribe’s long-term effort to clean the reservation to make it safer for the community, especially areas where the tribe often harvests fish and shellfish, said Josh Carter, the tribe’s environmental scientist.

“We suspected many sites were contaminated,” Carter said. “Once we get the data from the lab, we will be able to determine if our suspicions were correct.”

Potentially contaminated sites on the reservation include Point Julia, the tribe’s old wastewater treatment plant, the beach area known as “the bars,” and the reservation’s archery range.

Sampling work included pile-driving a 3-inch plastic tube into the ground at the tribe’s old wastewater treatment plant to retrieve groundwater samples, as well as gently digging several shallow holes at Point Julia for soil samples. The tribe also had Point Julia scanned with ground penetrating radar to look for anything unusual such as oil drums.

“I want our beach to be safe,” said Laura Price, the tribe’s tribal historic preservation officer, who oversaw some of the dirt moving, making sure sensitive areas weren’t disturbed while also supporting the sampling work. “We’re looking for contaminants that would affect not just this generation but future generations.”

Since 2009, the tribe has been investigating Point Julia for possible areas of contamination, including taking soil and water samples for analysis, resulting in removal of derelict boats, trailers, barges and fishing gear, the tribe’s old fishing dock, creosote piers and boat launch, and interviewing elders to better understand how the land was used previously.

The 2021 round of testing looked for heavy metals, such as cadmium, lead, mercury, copper and arsenic; byproducts of petroleum use, such as polycyclic aromatic hydrocarbons (PAHs); dioxins, which are persistent contaminants that do not break down over time; and asbestos, which are present in concrete manufactured prior to the late 1980s.

Longer term plans include sampling the entire reservation for dioxins, looking for hot spots, Carter said. But soil sample testing is expensive, so it depends on funding.

The next steps for the tribe are to create assessment reports and cleanup action plans for each site, based on the data from this last round of soil sampling, and finding federal funding to enact the plans, Carter said.

Aaron Wisher and Laurel Kaminski of StanTech take a sample of dirt that was extracted from the former site of the Port Gamble S’Klallam Tribe’s wastewater treatment plant to be tested for contaminants. Photo and story: Tiffany Royal

EarthFix on KUOW: Fish spawning between the Elwha and Glines Canyon dams