Federal and private dikes built along the lower Dungeness River in 1964 and 1983 have caused ever-increasing harm to salmon.

A U.S. Army Corps of Engineers dike and a private dike built on each side of the Dungeness River have protected the homes and property behind them for decades.  Now, the dikes are leading to flooding problems for landowners.

Ward Road property owners Mel Groff and Rod Normandin discuss how the Dungeness River has affected their properties in the past year.

Concerned residents approached the Jamestown S’Klallam Tribe for help to prevent future flooding from destroying their homes. Tribal natural resources staff explained the powerful hydrology of the river, including how the large trees the residents have seen anchoring into the streambed will help stabilize the riverbank.

“We tried contacting local, county, state and federal officials to help us with this, but no one was responding, so we went to the tribe,” said resident Mel Groff. “What’s going to happen when the river floods again and does even more damage? We’re going to get flooded out of our homes.”

The tribe has a vested interest in this situation, because the federal government has a trust responsibility to protect natural resources, such as fish habitat, said Scott Chitwood, the tribe’s natural resources director.

In 1964, the Army Corps built 2.3 miles of dike on the east bank of the lower river to block floodwaters from flowing across farmland and through the Dungeness community before entering Dungeness Bay.

Without the historic outlet to the east, floodwaters could only spread west. In response, a private property owner on the west side of the river constructed a 4,000-foot dike on the west bank in 1983.

Meanwhile, residential development was occurring on Ward Road, just upstream of the dikes. Flooding along the road, which had always been minor, became progressively worse.

In December 2010, Ward Road and adjacent properties received their worst flooding, though river flows were nowhere near record high levels.

The Ward Road property owners believe that the flooding was caused by excessive trees, rocks and debris that flowed downstream. The neighbors have watched the riverbank continue to erode and move closer to the road.
The dikes have prevented the river from depositing its sediment into the once-expansive Dungeness River floodplain. Now the only places left for river sediment to accumulate is in shallow Dungeness Bay, which is filling in, and the river channel, which is building up. With the sediment buildup and downstream dikes constricting the river, flood waters spill out of the river channel, causing increased flooding of the Ward Road properties.

Unfortunately, because the dikes were built by a federal agency and a private owner, the tribe can’t do anything to prevent the flooding. However, the Corps is currently considering a proposal, endorsed by the tribe, Clallam County and the Washington Department of Fish and Wildlife, to move a segment of its dike away from the river and reconnect the stream with part of its former floodplain.

“There are various potential flood hazard reduction projects commonly performed on Washington rivers,” said Randy Johnson, the tribe’s restoration planner. “But restoring the Dungeness River’s lost floodplain by setting back the dikes appears to be the best solution for meeting the needs of Dungeness salmon and resident.” 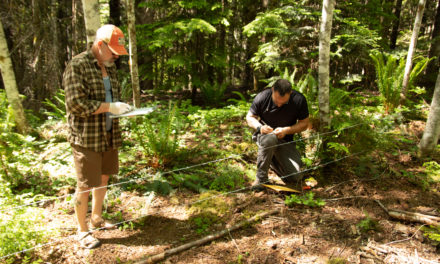 White River named one of the nation’s most endangered